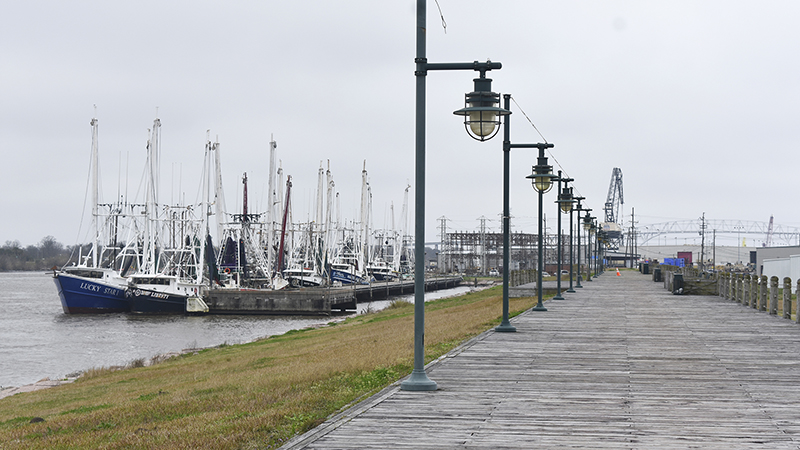 The view from the Port Arthur seawall shows shrimp boats at dock. Texas and federal waters are slated to open for commercial shrimping at 30 minutes past sunset. (Mary Meaux/The News file photo)

A new version of a former Port Arthur event could be returning, after Councilman Donald Frank proposed having an event on the seawall on Sundays throughout the summer.

“I do believe that our city is in need of some activity that, as a city, we can come together and — for lack of a better word — fellowship, be involved with one another, congregate with a level of decorum,” Frank said. “We need to do something in our city.”

Frank referenced the recently approved proposal to develop property on Pleasure Island, but said he was looking for something more immediate.

The weekly event would be from 3 p.m. until sundown on Sundays in July and August, and would include food and merchandise vendors.

“I think it’s a very good idea,” Councilman Thomas Kinlaw said before asking questions regarding the need for security, permits, crowd control and other necessary items for a city-sponsored event.

“I really think that’s something we could tie into an overall city event and I would just like to know with the city input where we need to be legally OK to do this type of event,” he said.

“If this is to be a city-organized event, there are considerations…which would be assuring that any vendors that partake in this event would be self-sufficient, meaning that they would have to have personal generators, things of that nature to operate, if it’s food vendors,” she said.

Other proposed locations, she said, include The Pavilion and People’s Park.

People’s Park is near the Port Arthur Economic Development Corporation building, which Langford said could serve as the backdrop for a projector should the city desire to host movie nights.