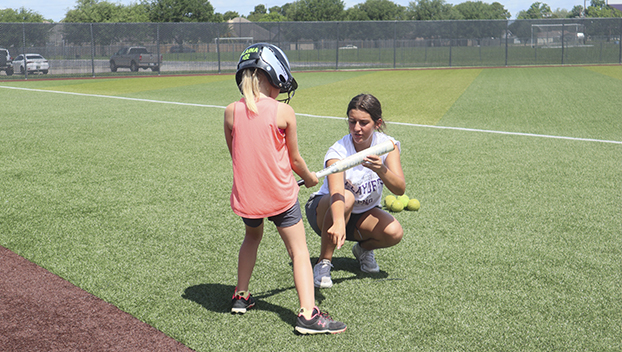 PORT NECHES — Camps continued on the Port Neches-Groves High School campus this week. This time, the softball field and basketball courts were filled with kids refining their skills or grasping the fundamentals.

“It has gone good,” she said. “We have had a pretty good little turnout. The girls have come out excited, ready to get out of the house and learn some softball. I’m glad we get to do this and spread the love of the game through the community.” 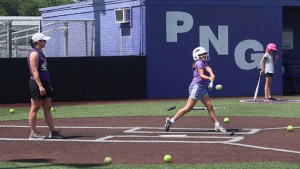 Harvill has been impressed with the skill level she is seeing from future varsity players.

The coach said she also gets to watch some of her current varsity players coach the younger kids.

“I get to hear them tell the kids some of the stuff I tell them,” she said. “They get to look at the game from a different perspective, as a coach instead of a player. They have done extremely well. I am proud of them.”

A few hundred yards away in the gym, Chris Smith was leading the school’s basketball camp, which had grown larger than expected. 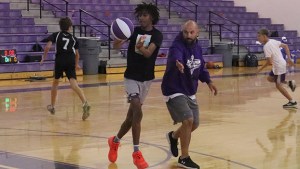 Just days before the start of the three-day camp, Smith divided the group by ages. Some stayed at the high school while others went to the middle schools. Smith, who has nine coaches and some varsity players working the camp, went back and forth between each campus.

“It is a great time to be part of the program,” Smith said. “We had 165 kids register. They are excited and trying as hard as they can. It is fun to watch.”

“We only get them for a short period of time, but that could be the difference,” he said. “We see some have trouble dribbling on Day 1 and going between there legs on Day 3. We have some missing layups but get the confidence to shoot some. It is fun to watch.”

Like the other sports, Smith said the camps give coaches a first-hand look at the upcoming talent.

“You see them in little dribblers, but you don’t get close to them,” he said. “Here you get to see how good of kids they are.”