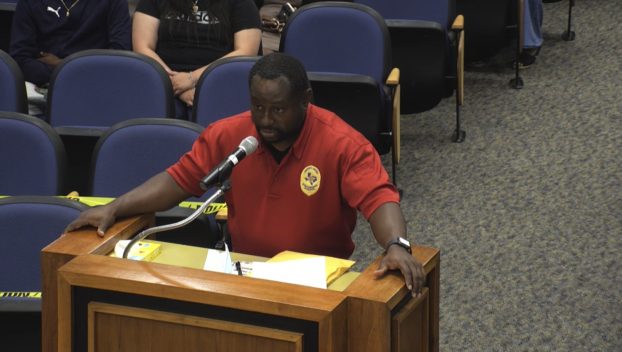 With no opposition from the public or council members, a request from the Port Arthur Police Department to lower the city’s juvenile curfew ordinance is likely to soon be enforced.

Deputy Chief Jeremy Houston spoke to city councilmembers Tuesday in the second of two public hearings regarding the department’s request to lower the curfew by one hour, ending it at 10 p.m. instead of 11 p.m.

Houston said from the beginning of 2021 through the last public hearing on May 24, there had been 245 cases and 46 arrests made by the department regarding juvenile offenders.

“That number has went up a tad bit since we last met,” Houston said. “I don’t have the actual number for you, but I can personally attest that I was involved in an incident…that involved juvenile actors and an arrest was made as of recent.”

The ordinance will still allow exceptions for those out for work, church, sporting events or running errands as directed by a parent or guardian.

“The change will allow officers the opportunity to speak with juveniles who are out past those hours, and gives them the opportunity to prevent delinquent content from taking place here in our city,” Houston said. “This will also assist with opening up lines of communication with our parents here. We want them to be aware of their child being out past curfew hours, and ensure that they can account and attest for their children’s wellbeing.”

The current ordinance was first adopted by the city in 1992, and must be evaluated every three years, according to information from City Attorney Valecia Tizeno.

If council votes to amend the ordinance, Tizeno previously said, they will still review next year as scheduled to remain in compliance.

“With this being the summertime, our hope is to take preventative measures to ensure the safety of our youth here in the city, and prayerfully will continue this throughout the year,” Houston said.