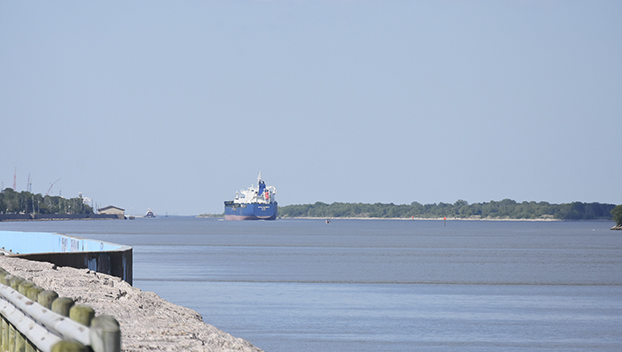 A proposition approved by voters is good news to entities such as the Port of Port Arthur and Sabine Pilots.

Proposition A allows for the Sabine Neches Navigation District to use a portion of its current tax revenues as collateral for loans to construct projects for the Channel Improvement Project to deepen the waterway, according to information from the SNND.

Larry Kelley, deputy director of the port, said for the Port of Port Arthur the passing of the proposition is about remaining competitive and modernizing the channel to keep pace with increases in vessel size and vessel draft.

“For the port area, the deepening will have a positive impact in terms of sustainable jobs and economic development,” Kelley said.

There are some benchmarks in the deepening project that will affect the port. Kelley said the initial phases will improve some anchorages and ultimately allow for the deeper draft vessels to enter the port area.

“We are glad to see the measure pass by a large margin,” he said. “I believe it is but one indicator of the importance of the area ports, marine terminals and the maritime industrial complex has on our region, state and nation.”

The Port of Port Arthur is located on the Sabine-Neches Waterway and connects the world to inland waterways, highways, railroads and pipeline throughout North America, according to information from the Port.

Sabine Pilots are also tied to the waterway and have been so since 1881. The maritime pilots are specially trained to maneuver vessels through waterways.

For Sabine Pilots, the passage of the proposition and the deepening project equates to safety and economy.

Capt. Andrew Guidry, president of the association, said the deepening allows for larger vessels to safely transit to terminals on the waterway.

This is also helpful to the economy. Bigger ships mean more product coming and going and more jobs.

Guidry said the Pilots are excited about the project.

Now that the proposition is passed, the waterway could be fully deepened in six years, according to information from the navigation district.

The project calls for deepening the waterway from 40 to 48 feet. The last time the Sabine-Neches Waterway was improved was more than 60 years ago.