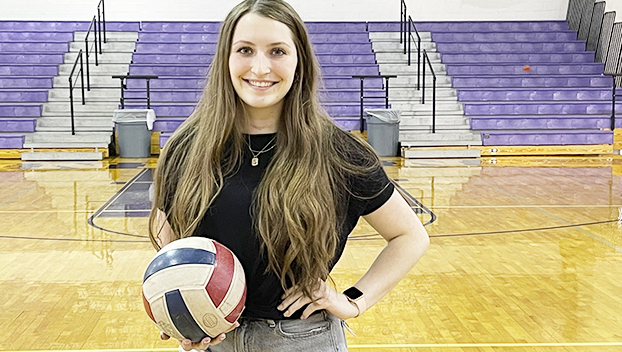 Sarah Grove was a dancer — until she picked up a volleyball in middle school.

From that point on, she wasn’t leaving the court.

“I did dance for 13 years,” Grove said. “Freshman year, when I made JV (volleyball), I felt like I was way better at it. So I quit dance to pursue volleyball and enjoyed it more.”

The Port Neches-Groves High School graduate, who earned her diploma Thursday evening, is taking sports with her to Texas A&M, where she plans to study kinesiology — a choice she made because of volleyball.

But she’s not leaving her favorite sport behind.

“I’ve made some of my best friends in volleyball,” she said. “One of them is going to be my roommate at Texas A&M, so I’m excited about that.” 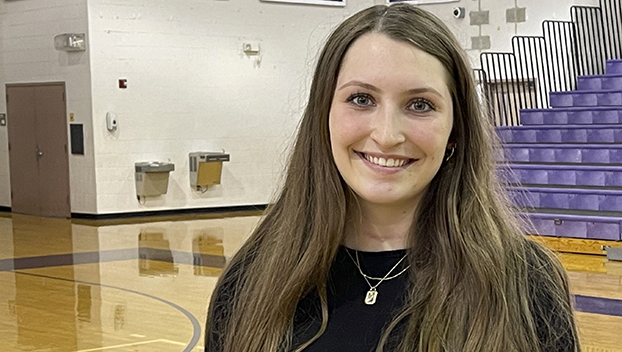 Originally, Grove wanted to be a veterinarian. That decision changed when she observed at a clinic last summer.

“I saw some of the surgeries, and…no, I don’t want to do that,” she said. “I want to play with the dogs, not do surgery on them.”

“She’s always been a great athlete and, in the Class of 2022, she does shine,” he said. “We’re going to miss her but we know she has a bright future.”

While in high school, Grove’s favorite subject was English, saying it runs in the family as her grandmother was an English teacher.

And her favorite game of the year was a win against Nederland.

“That’s our big rival, and it was so exciting,” she said. “It was a nail-biter, for sure.”

She was selected team captain her junior and senior year.

“I’m very proud of myself that I get to have that,” Grove said.

As for hobbies, Grove loves traveling and seeing new places.

For Christmas, she went to Wyoming and saw real snow for the first time.

“It was so beautiful,” she said.

Grove has one sibling, an older brother who works as a firefighter in Groves.

Prior to volleyball while in dance, Grove took ballet, jazz and hip-hop from Taylor Dance Studio in Nederland.

Man shot in face Monday, another robbed at gunpoint…