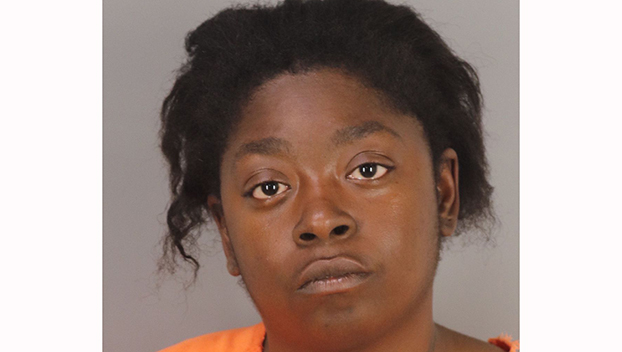 A Groves woman who allegedly took off with an officer standing at her window and tried to run over another officer and her ex mother-in-law was indicted on several charges last week.

Courtney Rochelle Moore, 34, was at Avery Trace Apartments April 21 with two Port Arthur Police Department officers for a civil standby to pick up her child from her former mother-in-law.

Moore, who was driving a Jeep Cherokee and had her son in the vehicle with her, and the other woman began to verbally argue, according to court documents.

One of the officers went to her vehicle window and the other to the other woman to try and get them to stop.

Moore reportedly seemed as if she was going to drive away, then began to stick her body out of the vehicle, to which an officer tried to push her back in.

She allegedly told the woman she was going to run over her before she made a sharp turn toward her and an officer and hit the gas while the other officer was still at her window.

That officer had to grab the window and run with the car to keep from being run over, the document says.

Moore, police said, stopped within inches of the first officer and the other woman.

She bonded out Wednesday, according to the Jefferson County Sheriff’s Office.