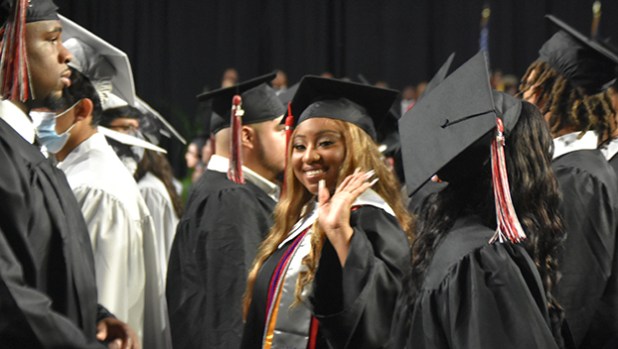 Jas’Lique Williams waves to loved ones as graduates file into the ceremony. (Mary Meaux/The News) 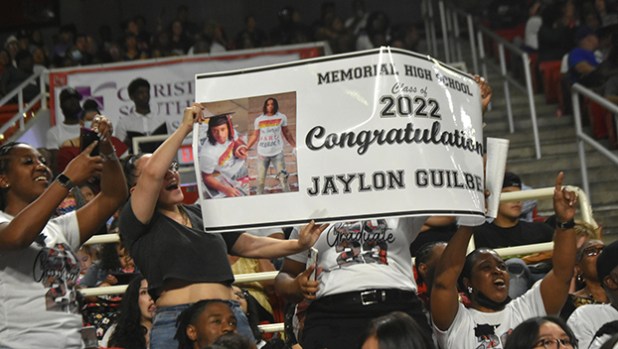 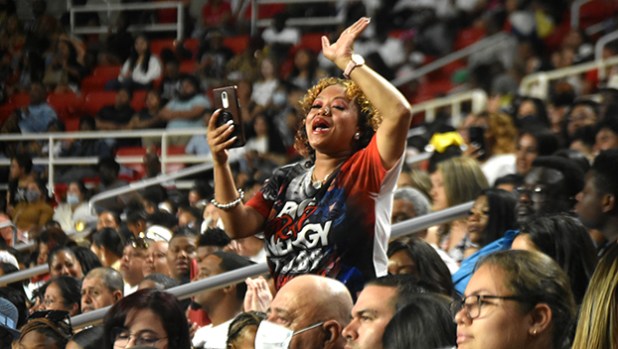 A woman in the crowd cheers for a graduate. (Mary Meaux/The News) 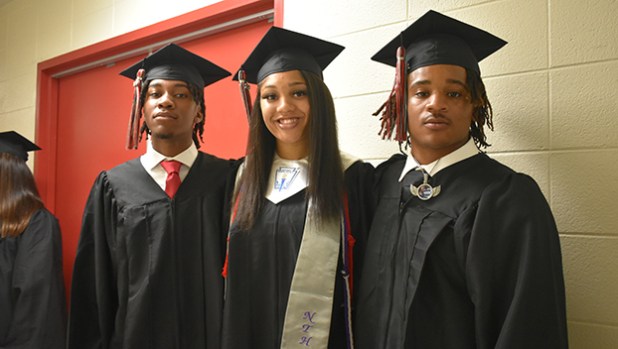 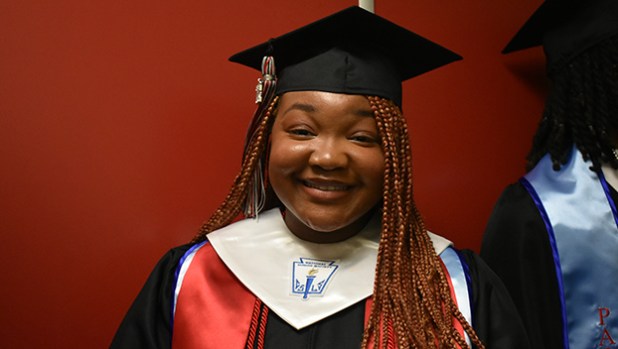 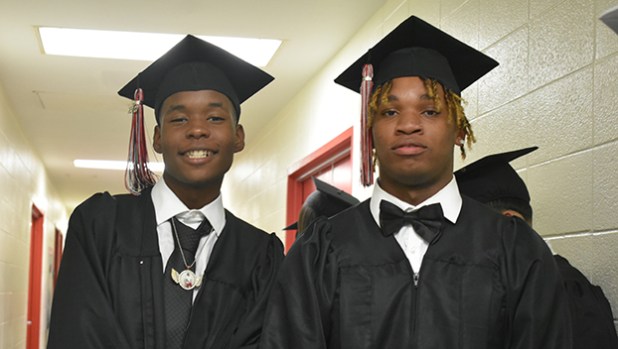 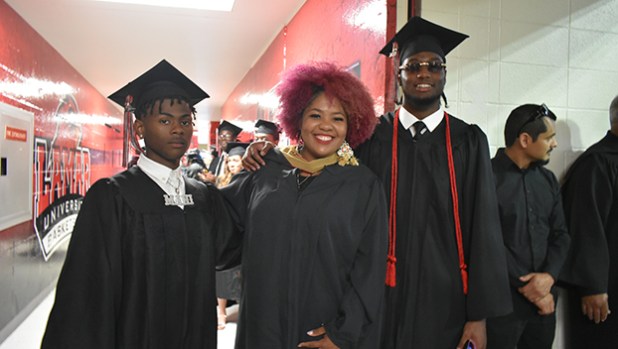 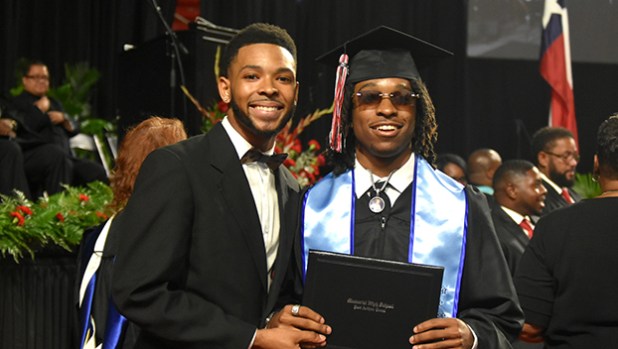 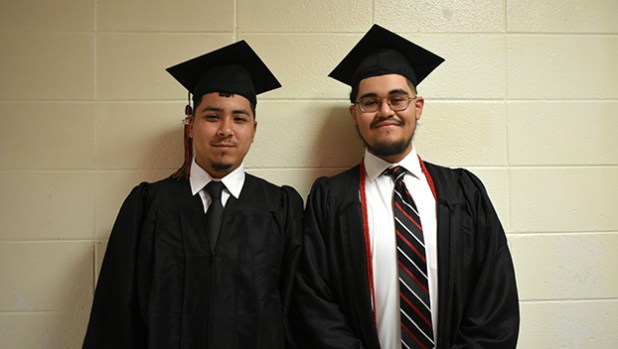 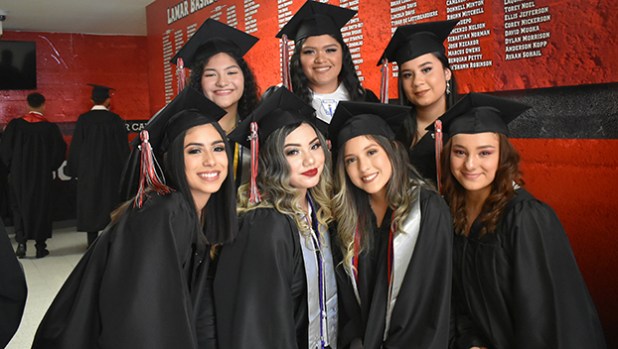 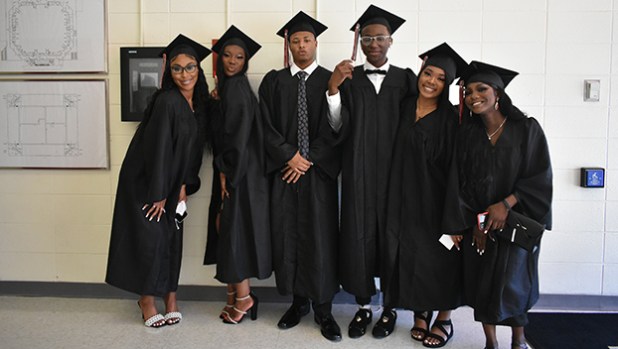 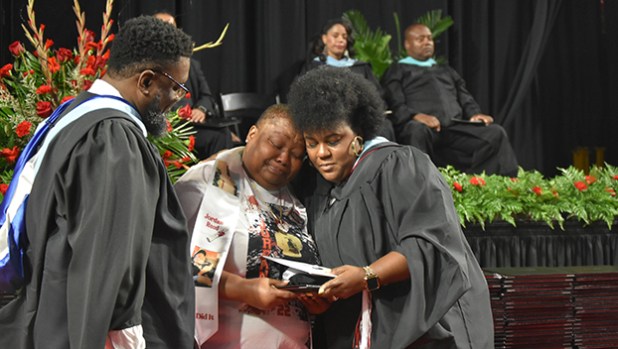 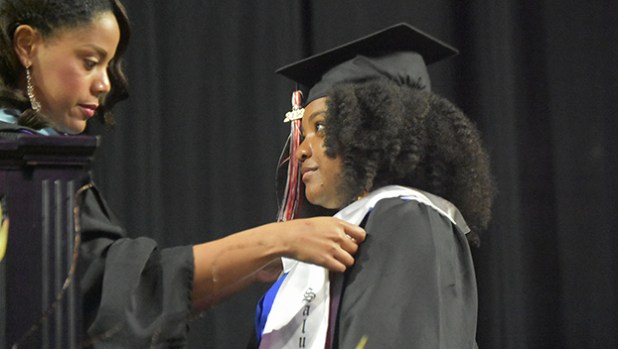 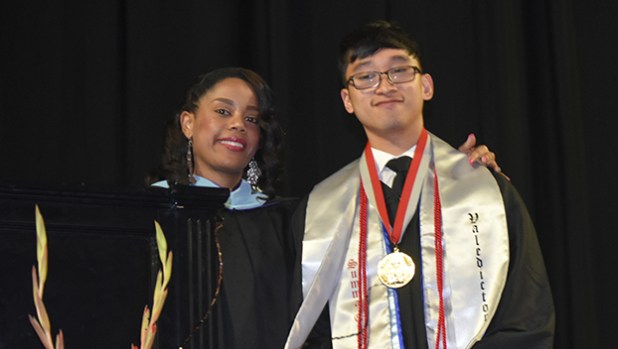 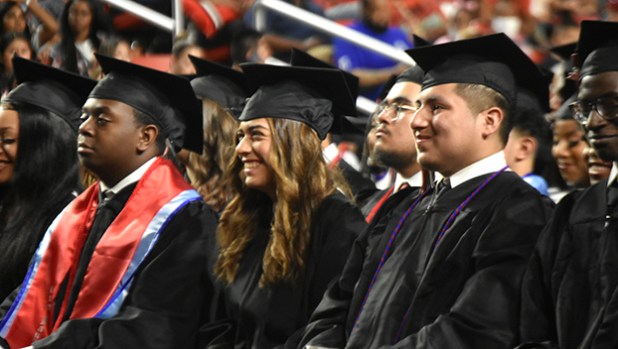 A total of 412 students received their diplomas.

Hoang-An Brandon Do was named valedictorian, and Zakiya Janae Wiltz was named salutatorian.