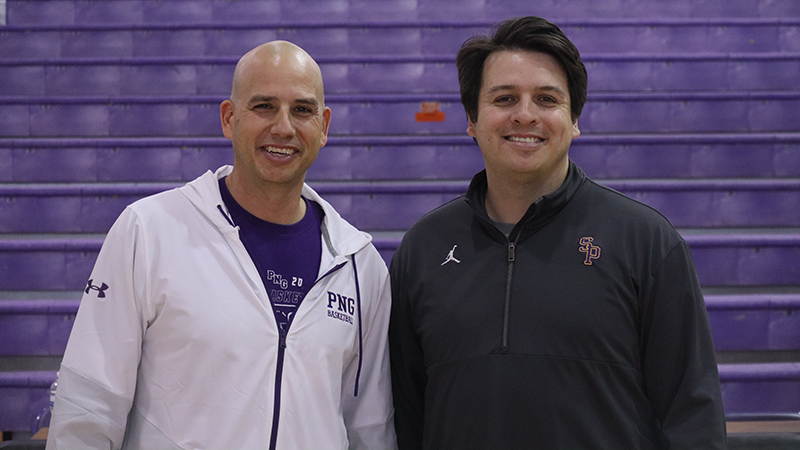 PORT NECHES — Port Neches-Groves basketball coach Chris Smith will have a familiar face on his staff next season.

Sabine Pass Head Coach Chad Bryan, who is also Smith’s brother, is joining the PNG staff as an assistant coach for the upcoming school year.

“It is a new position that PNG opened,” Smith said. “They have only had three coaches. It is a pretty big deal. We are going to have two fulltime basketball coaches. It is going to be really good for our program. They asked if I had someone in mind, and I said that I had the perfect person.”

Bryan and his family already live in Port Neches. He said the move made more sense for him after having a baby this past school year.

“Me and my brother have talked about it ever since he got hired,” Bryan said. “I have had some good groups of kids that I didn’t want to leave. We had a baby this year, and I thought it would be nice to be a little closer to home. It is also such a great school to work at.” 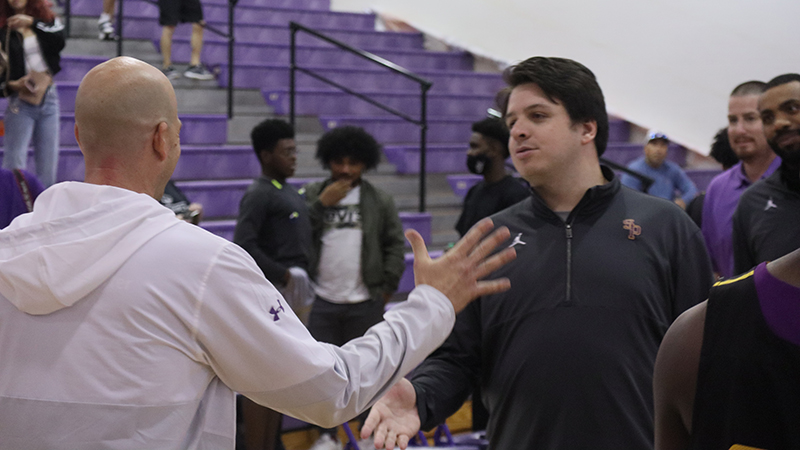 Chad Bryan, right, embraces his brother Chris Smith after a game between PNG and Sabine Pass over the Thanksgiving break in 2021. (Chris Moore/The News)

Bryan has already gone to some spring league games for PNG.

When Bryan was at Sabine Pass, the two schools would play against each other over the Thanksgiving break.

“I learned a lot of patience at Sabine Pass,” Bryan said. “I learned how important it is to share kids, too. It is a smaller school and kids play sports other than basketball. One of our better players is a football kid. I think that will help at PNG, too.”

Bryan said he would work with the post players, while Smith would focus on guard play.

“I am pretty excited about it,” Bryan said. “The last three years, our leading scorer has been a post player. I told them I have been focusing more on big men recently. I think spreading it out will help a lot.”

Smith said the hiring gives both men a unique opportunity.

“It is going to be really unique,” Smith said. “You don’t normally get to do things like that. I think it is going to be good for our kids and our relationship. We enjoy coaching against each other so much, and we get to do all of the things we want to do together and build a program the way we know how to do it.”

Bryan said he would work the summer camps with Smith and officially be on board in the fall when the school year begins.