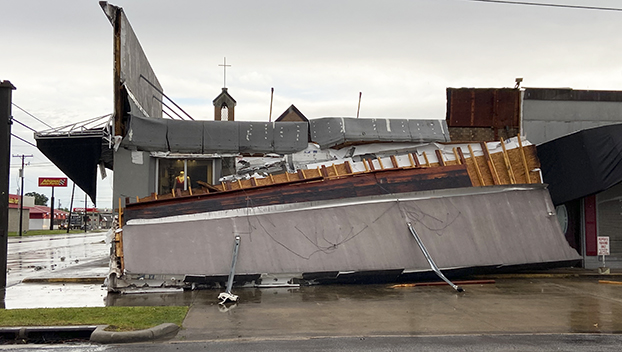 The National Weather Service in Lake Charles said it will be sending someone to survey Mid County today to determine if a tornado touched down in the area.

They have had several calls about damaged homes and structures, said meteorologist Montra Lockwood.

“We had a line that moved through this morning, and that’s probably where most of the rain came from,” Lockwood said. “It was pretty heavy at times.”

The NWS is reporting up to 3.5 inches of rainfall Wednesday morning near Port Arthur.

“The heaviest stuff has moved east,” Lockwood said. “We’re going to be in a little bit of a lull between storms.”

More rainfall is expected this evening.