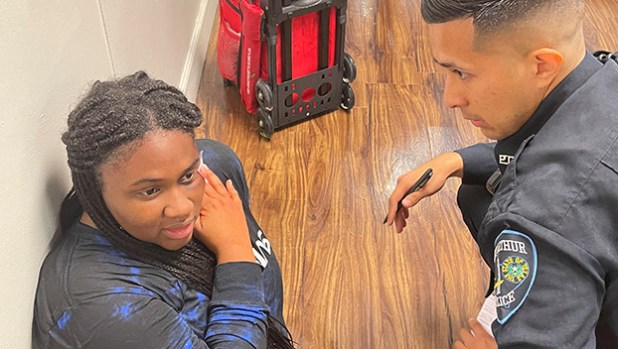 An officer with the Port Arthur Police Department takes a witness statement from Erin Pitre during a drill at Tekoa Academy of Accelerated Studies STEM School Tuesday. (Monique Batson/The News) 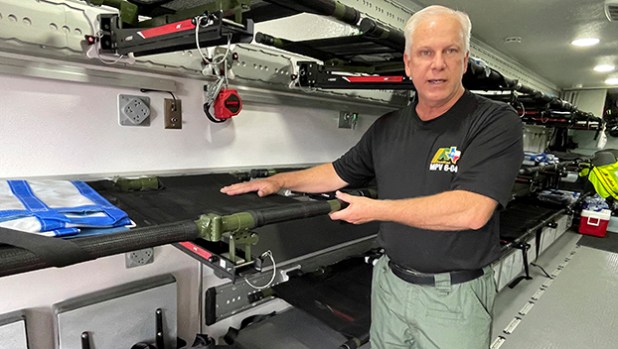 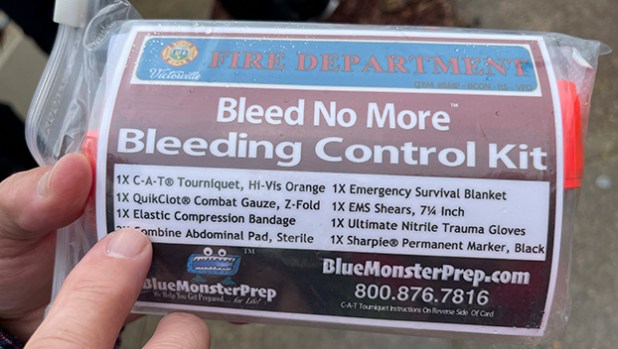 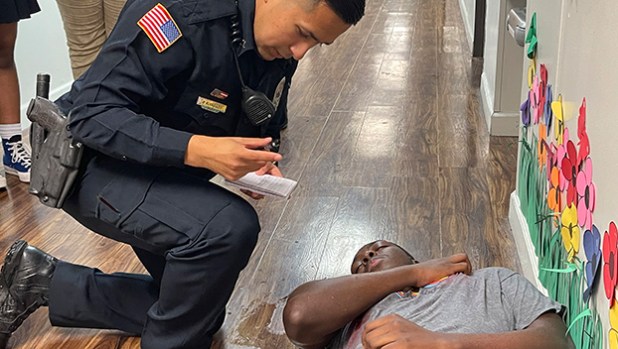 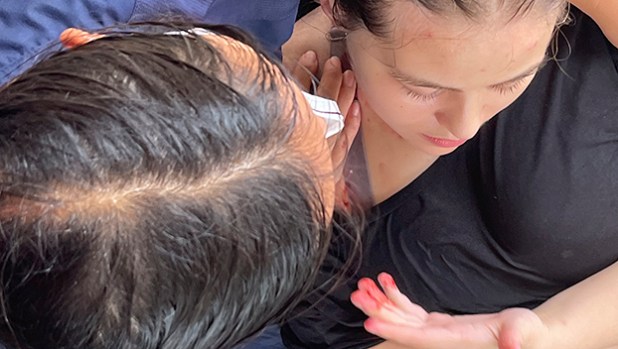 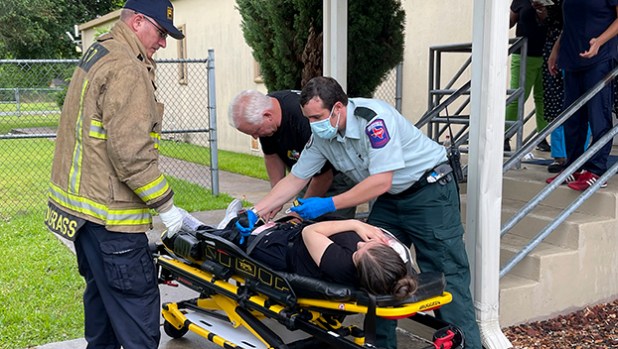 First responders take Suzanna Alvarez out of school on a stretcher Tuesday during a mass casualty drill in Port Arthur. (Monique Batson/The News)

Blood surrounded the “gunshot” on Gregory Johnson’s chest Tuesday as he gave witness statements to an officer with the Port Arthur Police Department.

Erin Pitre sat across the hall from him applying pressure to her own neck injury.

And at the entrance of the hallway, a young “wounded” girl crawled towards first responders.

“We are doing a drill for a mass-casualty event,” said Alexander Gonzales, a student at Tekoa Academy of Accelerated Studies STEM School. He was working as a public information officer with a nurse from the Port Arthur Health Department.

“We simulated a drive-by shooting. There were six students injured,” he said. “And this is a drill to educate the school about how to react to a mass-casualty event, how to protect ourselves in the event of a shooting and to educate ourselves on the process when a mass casualty happens.”

In 2016, students participated in a hurricane disaster drill.

“We’re going through the process of triage and identifying who are the most critical patients, and then performing Stop the Bleed,” said Fire Chief Greg Benson.

Stop the Bleed is a national campaign aimed at teaching students and community members to apply first aid in an emergency while awaiting professional help.

Also on campus was Acadian’s ambus, a medical ambulance bus that can hold 21 patients. It services all of Southeast Texas. Injured students were taken out of the school on stretchers by first responders.

“We’re part of the Hospital Preparedness Program, a federal grant program, and we cover 25 counties from Orange County all the way down to Matagorda County and all the way up to Nacogdoches,” said Jeremy Way, emergency management coordinator.

“We do preparedness disaster response anytime something like this (happens), we’ll be responding.”

Killian Chavis, a student that also served as a public information officer, said the drill was extremely educational.

“I feel I’ve learned you have to be very serious in these situations,” he said. “You have to be ready, calm and collected.”