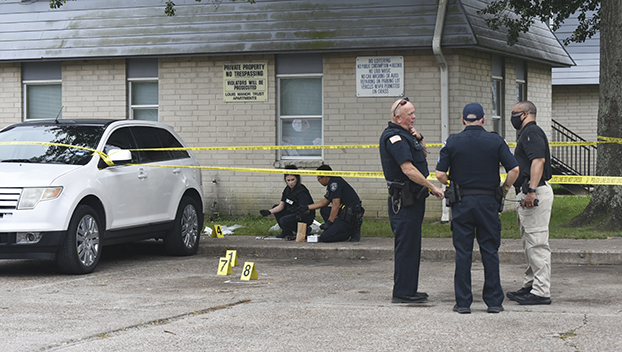 A woman who was shot at a local apartment complex is seriously injured, authorities said.

A male at the scene also sustained a gunshot wound and was taken to a local hospital with non-life threating injuries, Det. Mike Hebert said.

As of 4 p.m. Monday, Police said they had not determined if the shooting was intentional or accidental.