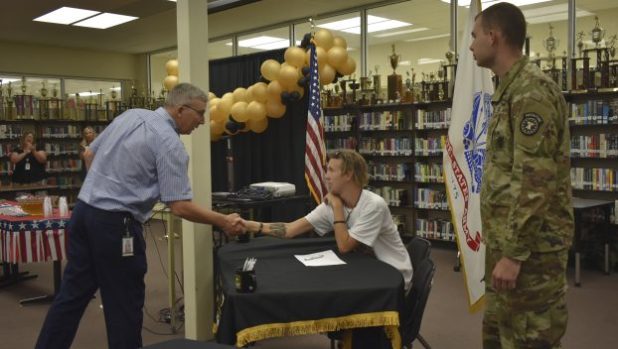 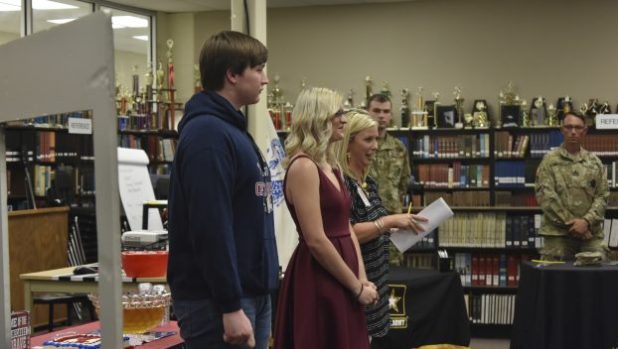 Sarel Johannes Van Aswegen, left, and Ryan Marie Huffman have announced their intent to sign with the military. Huffman will join the Marines, and Aswegen will john the Navy. (Mary Meaux/The News) 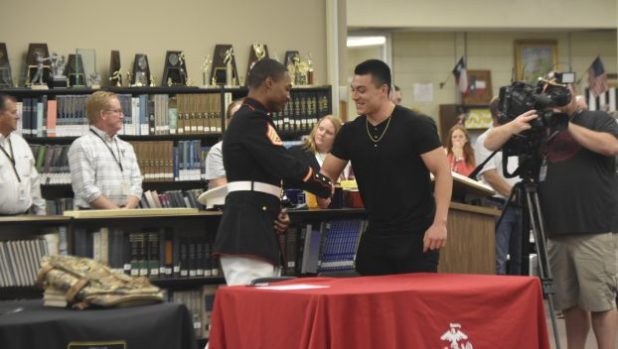 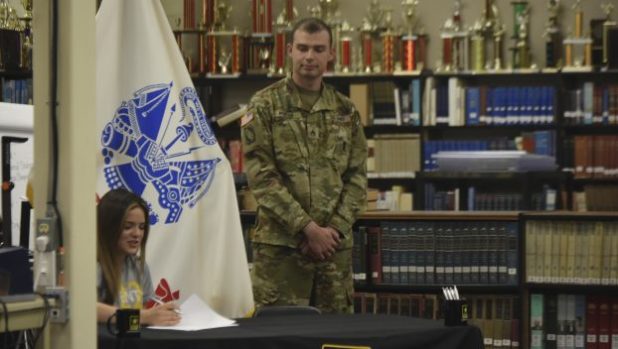 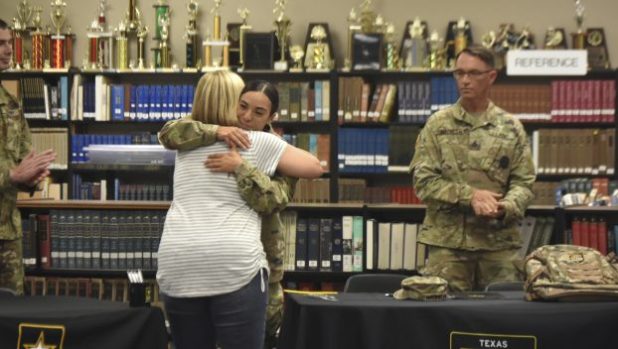 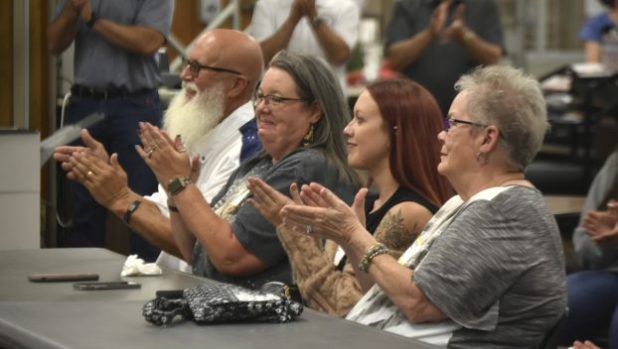 NEDERLAND — Melanie Stehle got misty eyed as her son sat at a table with his recruiter.

Her son, Hayden Glenn Stehle, is set to graduate from Nederland High School this week and has already signed paperwork for to enlist in the U.S. Army.

Her husband is in the military. So was her father-in-law.

“Having him follow in those footsteps is very awesome, just a proud moment I can’t explain it any other way,” Melanie Stehle said, her voice cracking. “People only dream of meeting their heroes, and I got to raise mine.”

The high school senior has already signed the official paperwork, but on Friday he and six other students at Nederland going into the military were honored for Military Commitment Signing Day.

Haley Stehle, his older sister, said this was probably the most liberating decision he could have made for himself and the most important part is he made the decision on his own.

“He wasn’t influenced by anything,” Haley Stehle said. “It was something he woke up to one day and said, ‘I’m going to put my life on the line for everybody else,’ and he stood by it every second of the way.”

The proud sister said this is probably the most heroic, terrific thing Hayden could have done for the family and himself.

A teacher or administrator spoke on behalf of each of the students, and for Hayden Stehle, it was Nederland High School Board Director Greg Rose. He said the graduating senior was a good listener, someone who he could rely on, hard worker and willing to give his time

U.S. Army Staff Sgt. Jeffrey Porter explained Hayden Stehle would be going to 91 Bravo, where he would work as a wheeled-vehicle mechanic.

“She is a natural protector. One of the most important characteristics about Kylie is she had the ability to see the good in others, regardless of how they treat her,” Sanders said.

Counselor Cindi Bordelon explained that Grace Lillian Washburn’s journey has been different from others. Washburn’s mother wasn’t too keen on her daughter joining the military, so a compromise was made. If Grace goes to college, she can go to the military after she graduates.

At the age of 17, Washburn made the decision to join the Army National Guard, thus changing up her whole senior year. She went to boot camp, which meant she wasn’t able to attend twirling camp.

“Which kept her from doing something she loved and being part of the twirler line with the band,” Bordelon said. “She had boot camps for nine weeks, which was out of state. And at 17 years old, she has my utmost respect and I am so proud of her.”

Johnnie Lee Ismael Torres will be joining the U.S. Marines after graduation. Nederland High School coach Jody Miller spoke of Torres’ work ethic and how the student is dependable.

“If he is in a classroom or a group of students, you probably wouldn’t notice him until those students were challenged with a task,” Miller said.

During this past football season, Torres would spend time training and in workouts in Houston, but was back and ready for Friday night football.