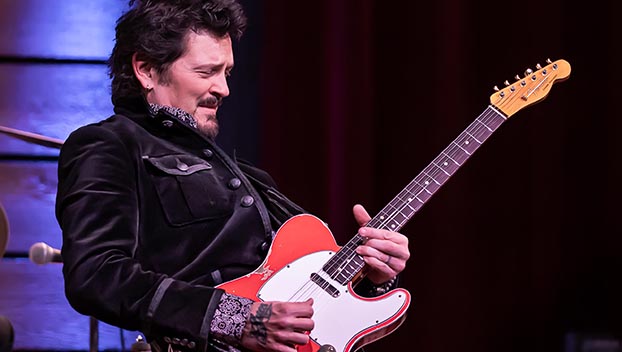 I’ve a fan of the blues.

The smooth guitar, the beat of the music whether it’s up-tempo or cool and slow, a voice that captures the soul.

There’s the old timers like Beverly “Guitar” Watkins, whom I only recently discovered, who is kick-butt on vocals and guitar. There’s Stevie Ray Vaughn, who, I hate to admit, I didn’t fully appreciate until after his death.

I was able to see and photograph B.B. King in 2014 at Nutty Jerry’s. It was toward the end of his life. He had slowed way down. He played some guitar, sang a little and told stories but I was in absolute awe.

My love of the genre goes to film, as well, and one of my favorite movies is Blues Brothers 2000. (Yes I know this is the sequel, but it’s still a fav).

I even follow The Blues Foundation on social media, where I learn of even more talented musicians.

And that gets me to the point of this column — Mike Zito. I heard of Zito and knew he was from Nederland but didn’t know much more than that.

Then his name popped up on The Blues Foundation, and that’s when I found out a local guy had won the best Blues Rock Album Award recently at the foundation’s 43rd Blues Music Awards in Memphis, Tennessee.

Zito won the designation for his album, “Resurrection.”

The bluesman is originally from St. Louis and began playing at the age of 5, and by his late teens he was already in the music scene. He released a number of critically acclaimed albums, had a lot of success and collected some awards along the way.

And if you’re a Sons of Anarchy fan, you may already know his song, “Roll On,” was featured on Season 5, Episode 10.

His album, “Gone to Texas,” which was released in 2013, tells of how he gained sobriety and more, according to his bio.

So now I’ve doing a dive into his music and enjoying it. I’m not trying to write a music review, just sharing my newfound knowledge of yet another musician from the area.

And we all know this area is full of musical talent.