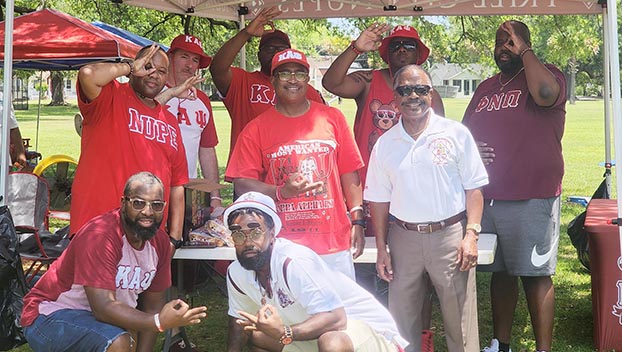 The NPHC organization was founded May 10, 1930. The local chapter, National Pan-Hellenic-Golden Triangle (NPHC-GT), celebrated “Founder’s Day” with a picnic in Alice Keith Park in Beaumont on Sunday.

The gathering of the D9 Greek letter organizations was an exciting and fun-filled event.

The NPHC-GT was chartered Sept. 23, 2016, in Beaumont, with Lyndon Gilford, Phi Beta Sigma, as the founding president. It is currently composed of 11 Golden Triangle Greek letter chapters. Reflecting the goals of its chartering and the key focus of its member organizations, the NPHC-GT focuses on service to the community, excellence and community awareness.

The Port Arthur Alumni Chapter of Kappa Alpha Psi Fraternity, as a chartering member of the local NPHC-GT, continues its support of these goals as part of its fundamental mission of “Achievement in every field of human endeavor.”