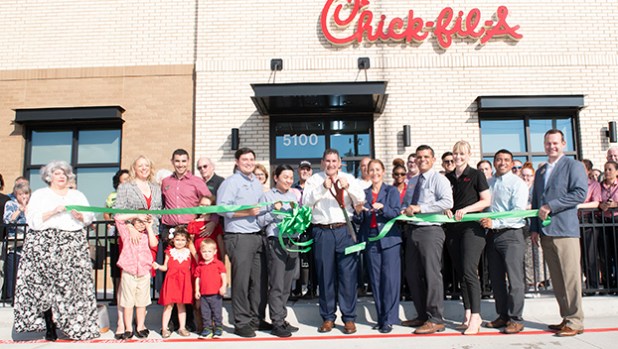 The new Chick-fil-A hosted a ribbon cutting this week. (Courtesy of Bart Bragg) 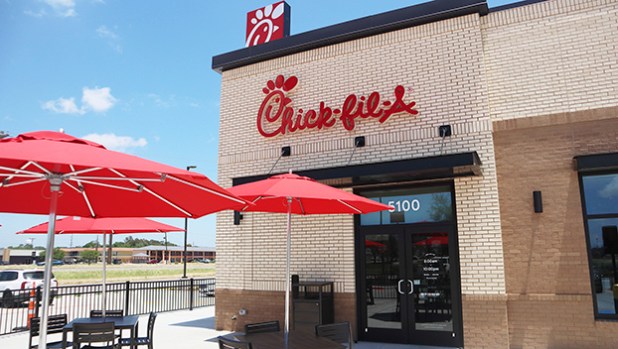 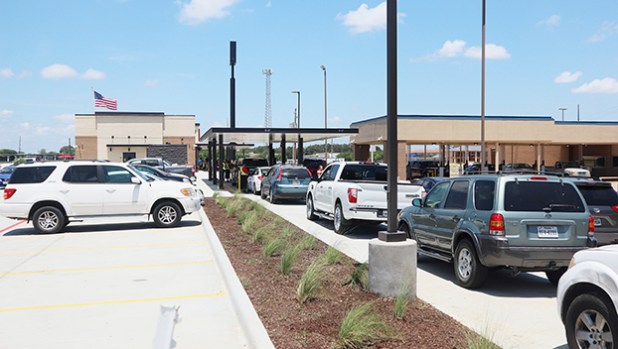 Dozens of cars line up in the drive through for the opening of the Groves Chick-Fil-A. (Chris Moore/The News) 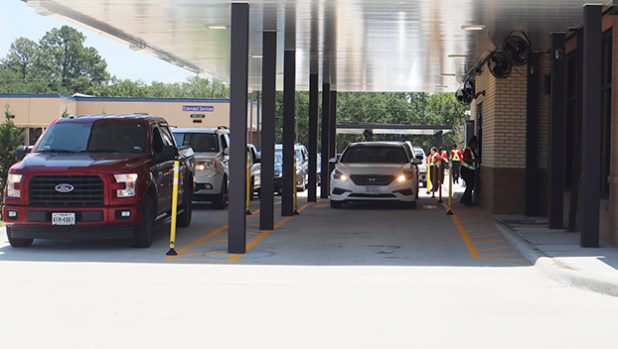 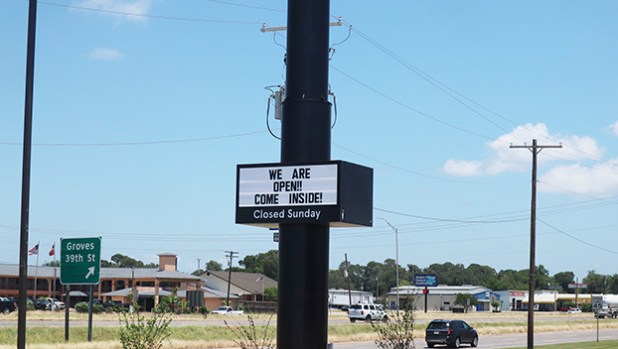 GROVES — Lines wrapped around the new Chick-fil-A in Groves for the location’s grand opening this week.

The parking lot of the Chick-fil-A, with the second largest footprint in the state, was near capacity at lunchtime Thursday. The new spot is located just past 39th Street on the (Texas 73) access road.

The Groves Chamber of Commerce held a ribbon cutting at the location Wednesday.

Chick-fil-A regulars Sally and Mike Spell, of Port Arthur, took some time to stop by for opening day.

“We are very happy about it,” Sally said of the new location opening.

Sally and Mike live about equal distance from the Groves and Port Arthur locations but added the one in Groves gives them more options.

“We used to eat at Chick-fil-A every Wednesday,” Mike said. “We had a group that would meet there every week.”

Sally said she and her husband went so often that they became friends with owners Mike and Becky Tschirhart.

“We had been going there regularly since they opened the Port Arthur location,” Sally said. “I was teaching school and (Mike) was taking care of our 3-year-old grandchild on Wednesdays to play on the playground and eat. When I retired, he said, ‘we go to Chick-fil-A on Wednesdays.’”

Sally said the pandemic put their regular visits on pause, but added they were excited to visit the new location.

“COVID changed how we did a lot of things,” she said. “But the food is good, and we would get ‘to-go’ always.”

Mike enjoys the food and the service. The couple said their go-to meals are nuggets for Sally and a chicken sandwich for Mike.

Groves City Manager D.E. Sosa is happy to have the new addition to the city. He drove by the location a few times Thursday and said it didn’t look overcrowded in large part due to the drive through lanes being able to hold just under 50 cars without having a line spill into the street.

The location also uses runners to bring food to cars in line instead of using a traditional drive-through window, where bottlenecks can often occur.

“It feels fantastic that a large restaurant chain picked Groves to open its second-largest location,” Sosa said. “It kind of makes all of the work that the city staff did and city employees did to make Groves a nice, good community worth it.”

Sosa said he is also happy to have the Tschirharts running the location.

“We are fortunate to have Becky and Mike as the owner/operators,” he said. “They are fantastic people. You cannot ask for better business people. They are so community and family oriented. We are so happy to have them in our city.”