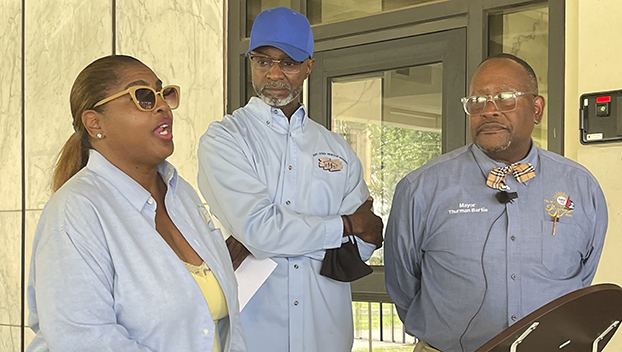 The City of Port Arthur on Friday announced a partnership with Port Cities Rescue Mission Ministries in an effort to provide shelter to those experiencing homelessness.

The announcement follows the May 6 evacuation and clearing of a 9th Avenue encampment done in response to a temporary injunction issued in the 60th District Court the month prior.

“In the past few weeks, occurrences have actually warranted the removal of certain homeless individuals from private properties within the city of Port Arthur,” Mayor Thurman Bartie said at a news conference held in front of City Hall.

Bartie said, to his knowledge, no trespass warnings have been issued at the 9th Avenue site since it was evacuated.

Port Cities Rescue Mission, which operates a men’s shelter and a second for single women and families, opened in 1984. Due to a loss in funding, the operation closed for three years, reopening in 2019.

However, COVID and another hit to grants recently forced the shelter to stop accepting new residents.

The center for women and families, located at 900 6th Street, can serve eight to 10 families and 35-40 women. The men’s facility, located at 535 Waco Avenue, houses approximately 30, said Patricia Henderson, case manager for the organization. 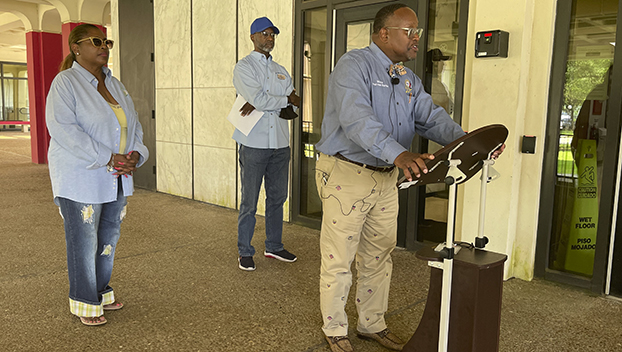 The 6th Street building will be ready to begin housing those in need next week, while the Waco Avenue location should be ready June 1.

“When they come into the facilities, they are able to stay at the facilities as long as they need to,” Henderson said. “Within the 30-day process, they are required to go out and search for a job. If they receive a job, they start working…half of their income has to go into a savings for them so when they get ready to leave they have some kind of income — enough to at least get an apartment and pay rent for two months in advance.”

Henderson said residents are required to have identification, a social security card and be vaccinated for COVID.

They are also tested for drugs, alcohol and COVID.

“There are people working in the facility who are recovering addicts,” said Kurt Washington, who is serving as president of the organization. “They cannot be associated with substances that will draw them back to where they came from.”

Washington said the center will help residents with substance abuse issues enter into rehabilitation prior to housing them.

Residents are also offered help obtaining their general education development (GED) certification, and transportation is available to those with jobs.

In March Bartie announced the formation of the Port Arthur Coalition for the Homeless Advisory Board, which is comprised of 14 residents from Port Arthur selected by members of City Council.

Members will work with area resources and services for the purpose of “creating a homeless response system.”

Bartie said Friday the now-fully staffed board will begin meeting next month.