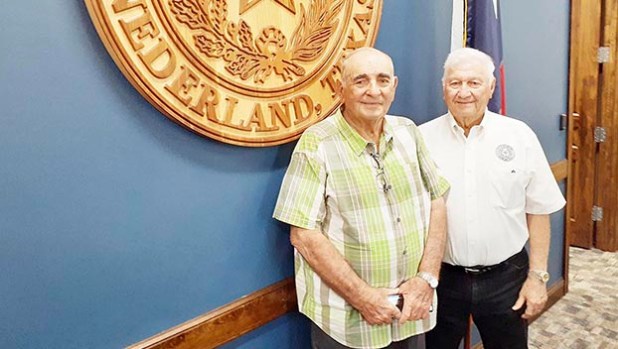 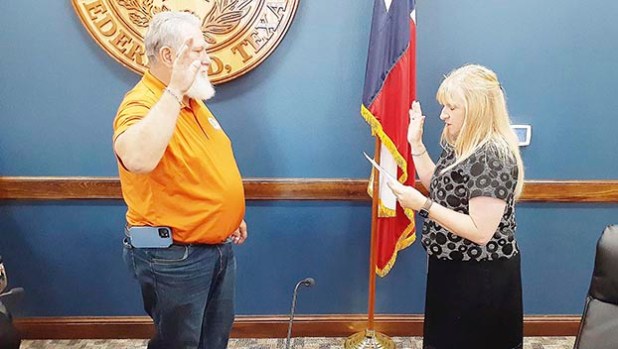 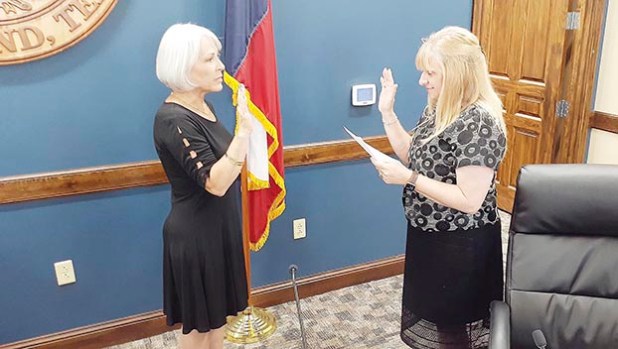 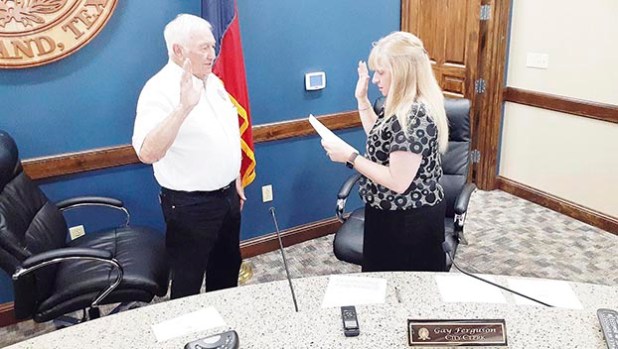 Mayor Don Albanese receives the oath of office from Nederland City Clerk Gay Ferguson. in May of 2022. (Stephen Hemelt/The News) 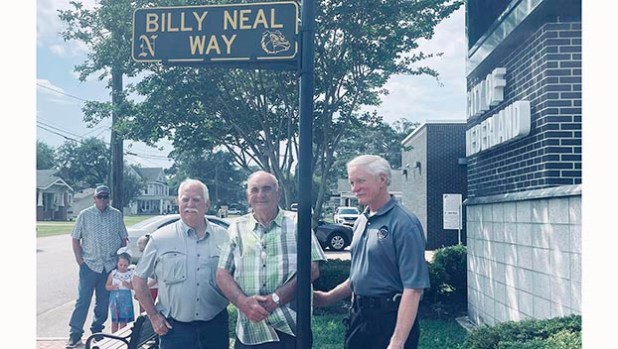 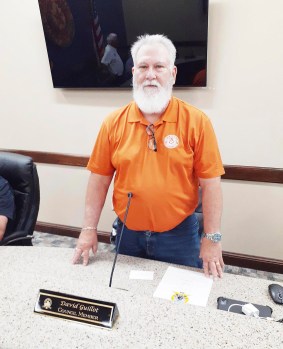 NEDERLAND — A reshuffling of familiar faces on the Nederland City Council marked a special-called meeting this week; however, a goodbye to a city stalwart was the biggest news.

Former police chief and City Councilman Billy Neal exited his chair as Ward 2 representative, officially handing over the reins to Sylvia Root, who was also voted mayor pro tem by her colleagues.

Neal chose not to run for reelection, and there were only single-candidate races city-wide. Proceedings this week called for the swearing-in of Don Albanese as mayor, Councilwoman Root’s move from Ward 4 representative to Ward 2 and the introduction of the board’s newest councilman, Ward 4’s David Guillot.

Albanese noted Neal has “done a heck of a job” during his many decades as a city servant.

“I do want to say one thing to Mr. Billy Neal, I appreciate your time and the 20 years you spent helping us out right here in this room,” Albanese said. “It’s been a pleasure working with you.”

Albanese also noted after the meeting that this term would likely be his last, as well.

Neal thanked everyone in attendance, adding each person present has been good to him.

The City of Nederland also announced as part of the efforts to recognize Neal on Monday that 15th Street between Boston Avenue and Chicago Avenue was dedicated as Billy Neal Way.

According to Nederland records, Neal completed more than 64 years of service to the city, with more than 40 as Nederland Police Department chief.

In 2018, he was recognized with a ceremony to name the dispatch center in his honor.

Neal actually retired for a year after his service as police chief but joined the council soon after because he was “missing the city,” according to a previous Port Arthur Newsmedia story.

“I missed the people there. I just wanted to come back and be with them,” he said.

Neal was hired by the Nederland Police Department in 1957.

“I was actually looking for a job,” he said previously. “I came from St. Augustine down here. Me and my wife lived in Vidor. I was looking for work, and I had a friend here in Nederland say that they might have a job at the police department.

“I went to work here, but I wasn’t planning on staying but, maybe, until I could find another job. I never looked after I got here.”

Neal was a patrolman for three years before being named the youngest police chief in Texas at 24 years old.

During this week’s city council meeting, City Manager Chris Duque noted no person made a declaration of write-in candidacy and each candidate on the ballot was unopposed for election to office.

The results were certified this week.