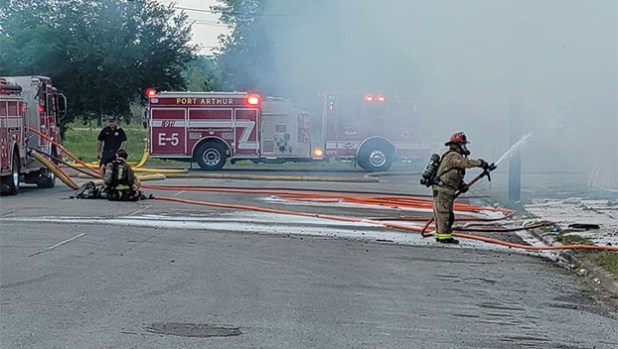 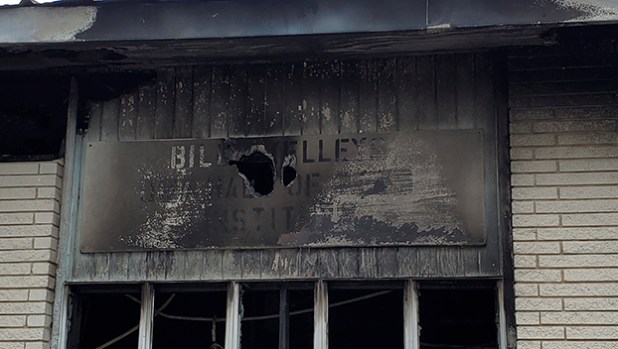 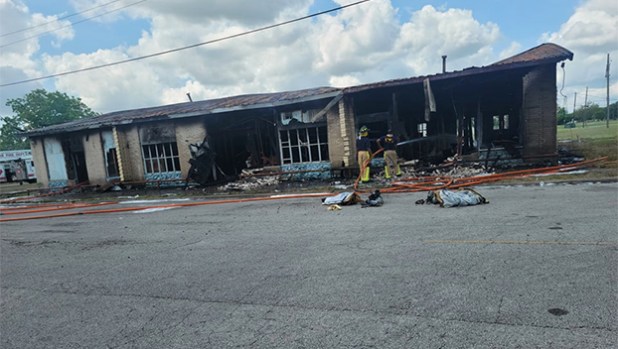 Port Arthur firefighters at the scene of the fire Sunday. (Courtesy photo) 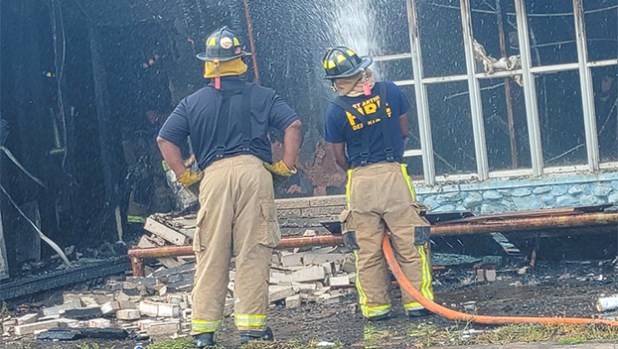 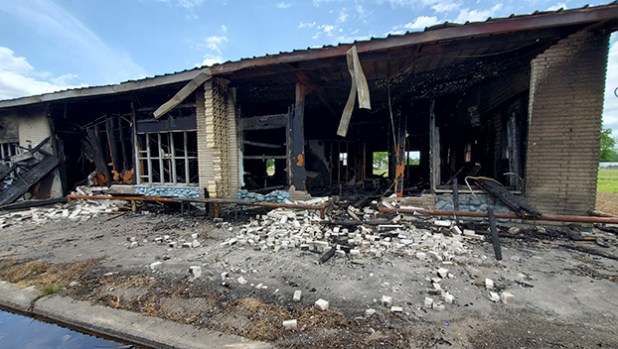 A vacant city-owned building up for demolition was destroyed by fire Sunday. (Mary Meaux/The News)

Investigators are working to determine the cause of a fire that destroyed a vacant city-owned building that was tagged for demolition.

The building at 723 Freeman Avenue in Port Arthur, which was 3,600-3,700 square feet in size, was destroyed over the weekend.

The brick walls remained in place Monday, with the exception of areas in the front, while blackened and charred wood and soot covered what remained.

The building was on the City of Port Arthur’s list to be demolished. No one was in the structure at the time of the fire.

Despite previous reports alluding to an explosion, Benson said there was no evidence of such.

The fire marshal’s office is conducting the investigation.

Benson said to the best of his understanding the utilities to the building were disconnected.