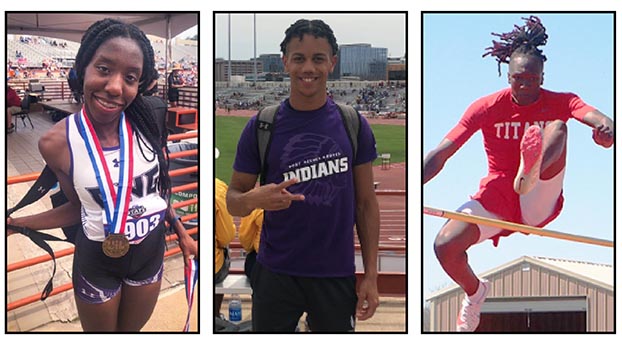 PNG’s Cyrus Jacobs Jr. and Sanaria Butler competed in the track portion of the 5A UIL state meet in Austin Friday evening.

Butler came in second in the 400m dash with a time of 54.73. Earlier in the day, she earned a gold in the long jump and a bronze in the triple jump.

Both PNG student athletes will attend Northwestern State University in the fall.

For the second year in a row, Memorial High School came away with a medal in the high jump.

The Titans are well known at the state track and field meet in Austin.

Junior Ke’Andre Jones earned a gold medal after he cleared 6’8” in the high jump Friday morning.

Jones owns the school record after he jumped 6’9” at the Port Arthur Relays earlier this year.