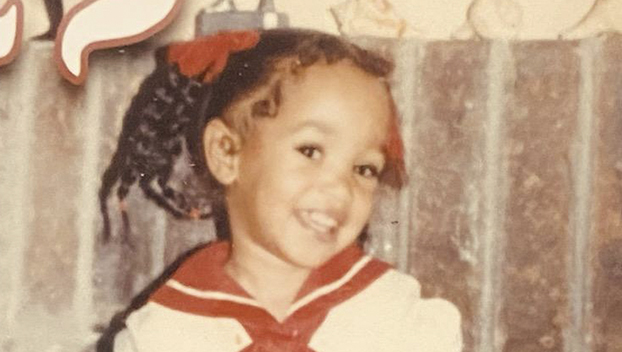 Carol Semien spent Sunday at the cemetery, wearing a shirt with her daughter’s name as she visited the grave of the child who was murdered one month before turning 3.

That shirt had barely had time in the hamper before she learned Candice Marsh’s convicted murderer had been fatally shot.

“My cousin was the first to call and tell me,” Semien said Wednesday. “I just said, ‘I guess that’s karma.’”

Russell Vernon Reado was found shot to death at 5 p.m. Tuesday in the 1600 block of Maple Avenue. 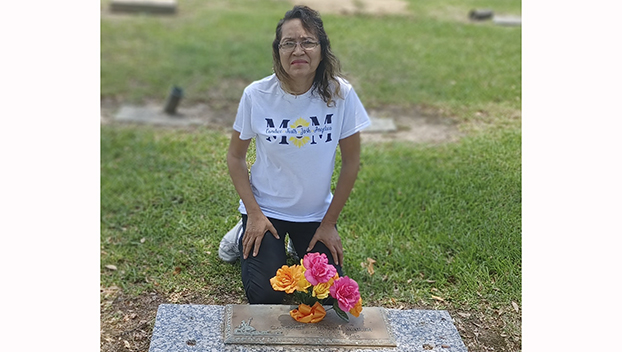 Although Carol Semien’s children never met their younger sister, they had a shirt made for their mother, which she wore Sunday while visiting te cemetery. (Courtesy photo)

Justice of the Peace Judge Tom Gillam III ordered an autopsy that is tentatively set for Thursday morning.

Police have not said if Reado’s past is related to his death.

Her husband had been murdered two years prior.

It wasn’t long after that a man approached her and said he worked with Semien’s late husband, Terrell Marsh, at Texaco, and promised the late man that he would watch over her and her child should anything happen to him.

“I’d never seen him in my life,” said recalled Wednesday. “He just kept coming around.”

On the day of her death, Marsh was swinging in the backyard while her mother mowed the grass.

Semien said Reado came up to her, prompting her to immediately go check on the child who was no where to be found.

“I asked what happened to my baby, and he said he took her in the house,” she said. “She was in the dark. I turned the light on and I could see she had been crying. He said she fell.”

Semien decided to put her young child in the bath, and upon doing so noticed marks across her body.

She packed Marsh in the vehicle, and along with Reado, left for the hospital.

“When we got there, they asked what happened,” she said. “I told them to ask the gentleman that was with me, but he was no where to be found.”

Marsh died at the hospital from blunt force trauma. Reado was said to have beat her, kicked her and hit her with an object.

That same year while in jail awaiting trail for Marsh’s death, Reado would be indicted on charges stemming from a 1981 robbery, according to previous reports by The Port Arthur News.

During the robbery, he shot a 23-year-old employee, costing her a damaged kidney, loss of her spleen and part of her pancreas, and three bullet wounds to the abdomen.

Ultimately, he served time for both felony charges.