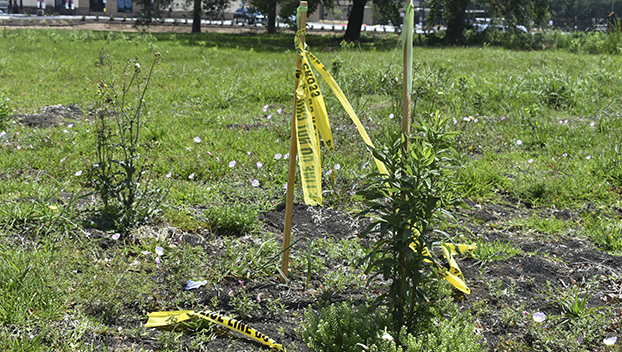 Crime scene tape is scene near a location where a Port Arthur man was shot in the head while riding in a vehicle. (Mary Meaux/The News)

A Port Arthur man that was shot in the head less than a week ago while riding in the passenger seat of a vehicle remained in critical condition as of Tuesday afternoon.

Port Arthur Police Det. Mike Hebert confirmed the 19-year-old man’s medical condition but was unable to give any more information on the shooting, as it is an ongoing investigation, he said.

Police received the call at approximately 8:46 p.m. Thursday of a shooting victim that had been shot while in transit. The man was a passenger in a vehicle that was traveling in the 1700 block of 3rd Avenue when an unknown person fired at the vehicle, ultimately striking the man in the head.

The driver tried to get out of the area as quickly as possible and pulled over in Groves, on Hitt Avenue just off Twin City Highway, to seek medical attention for the victim, according to a media release.

The victim was brought by medical helicopter to Memorial Hermann Hospital in House and was listed in critical condition.