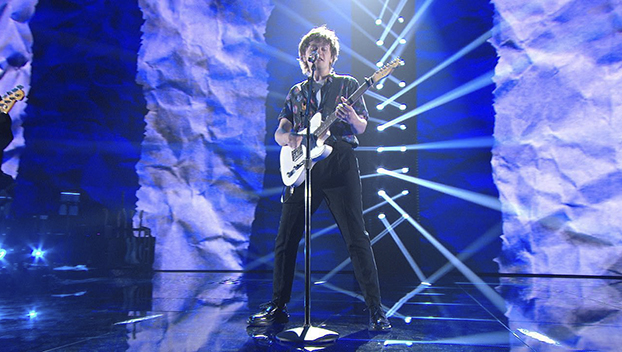 Fritz Hagar advanced to the Top 5 of ‘American Idol’ by singing ‘The Ocean,’ an original song written for his grandmother about the family’s Bolivar Peninsula beach house. (Courtesy photo)

Sarina Hager said it’s strange to type her son’s name into Apple Music and see it pop up on screen.

“It’s so thrilling for a mom,” the Port Arthur native and mother of “American Idol” contestant Fritz Hager III said. “He said over 140,000 people have listened to ‘The Ocean.’ This is a kid in Tyler, Texas. I don’t know that there’s 140,000 people in Tyler.”

The song was written for his grandmother, Brenda Drago, who bought Fritz his first guitar. The family spent summers on Bolivar Peninsula, and Brenda asked her grandson to write about it.

Sadly she passed away before she could hear it. But Sunday night, millions listened as the 22-year-old performed it on “Idol.”

Starting as one of 100,000 people to audition for the show, Fritz is now in the final five.

“It’s been so amazing to watch him,” Sarina said. “Every time I hear that song, his words bring images to mind so vividly it’s hard to listen without crying. The most amazing thing, as I listened to that song being played for a national audience, is to see how those lyrics resonate with so many people in the world. He’s really tapped into something at heart level, which I think has set him apart from day one.” 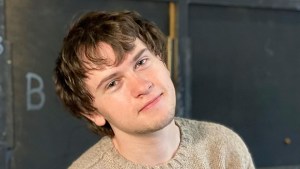 Fritz Hagar is from Tyler, but his mother is from Port Arthur and his father is from Beaumont. (Courtesy photo)

Fritz was not able to perform live, as scheduled, but instead through a pre-recorded rehearsal as he was recently diagnosed with COVID-19.

After the rehearsal aired, he faced the three judges through video screen.

“All I’m going to say is: singer, songwriter, performer,” said Lionel Richie. “My friend, your star has arrived.”

Katy Perry said she was proud of Fritz.

“I think that was one of the most beautiful songs I have ever heard about a grandma in general,” she told him. “You continue to shock me and blow me away.”

Luke Bryan commented on his guitar playing and vocals.

“You look like a pro, you sound like a pro,” the country singer said. “You play the guitar with tons of emotion. And it was — gosh — another amazing performance.”

Bryan then asked “everybody” to vote.

“I’m not sure as a mother I want him to win the whole thing,” Sarina said with a laugh. “There are fears with that kind of notoriety. But what I want for him most is to spend a lifetime doing what God has in store for him to do. It’s amazing and we’re just waiting to see how far that star rises.”