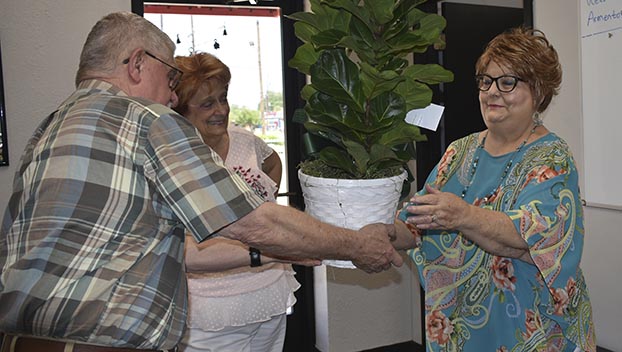 The Groves studio moved around the city several times before the latest location came to fruition, during which its namesake passed away.

But on Monday members of the Groves Chamber of Commerce surprised his widow as she learned Armentor’s United Martial Arts was named 2022 Groves Small Business of the Year.

Sherry Armentor was in her office at the studio at 6039 39th St. with head instructor Will Fecowycz and his young daughter when the welcome party entered the door. 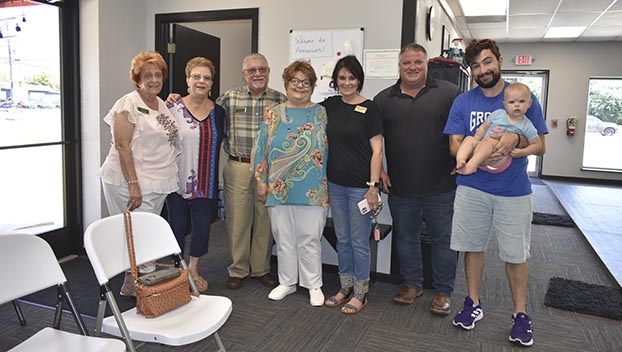 “You know, my husband started in 1963 with a little building behind his house on Terrell Avenue that’s now been converted into apartments. We met in 1978 and I’ve been with him 45 years,” said Sherry Armentor of Les Armentor who died in 2014.

Fecowycz nominated the business for the honor. In the nomination form, Fecowycz told of how the business has grown through the years with student count up by almost 50 percent in the past three years.

The martial arts academy leaders constantly train to provide the best, most up-to-date self-defense training and character development for the students, he said.

Armentor’s began on Terrell Avenue, then moved to Main Street and in 2020 before moving to the current 39th Street location.

They have supported the community with safety talks at local schools and day cares, donations to the library and demonstrations at the Groves Pecan Festival. 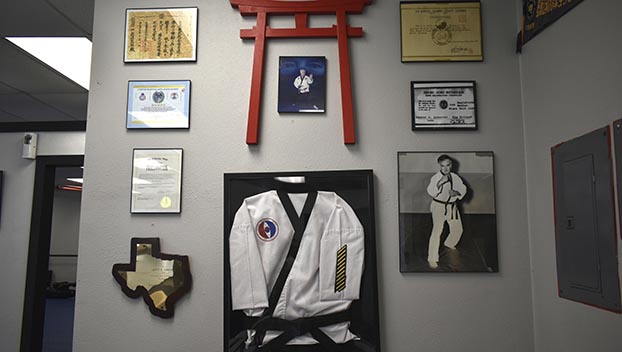 And while they may have lost business during COVID, the business moved through adversity to relocate, remodel and reinvigorate, Fecowycz said.

There are currently 150 students enrolled at Armentor’s. Les Armentor guided more than 23,000 students in his 51 years of instruction.

Les Armentor was a U.S. Marine veteran who served during the Korean War. He studied martial arts in Korea, Japan, Guam and Okinawa and was one of the Marines who brought the arts to the United States.

His students said, in a story that ran in the Port Arthur News June 13, 2014 announcing the death of Les Armentor, that he was a father figure to them and that martial arts was not just about obtaining a black belt. It was about character, self-control, discipline and confidence.