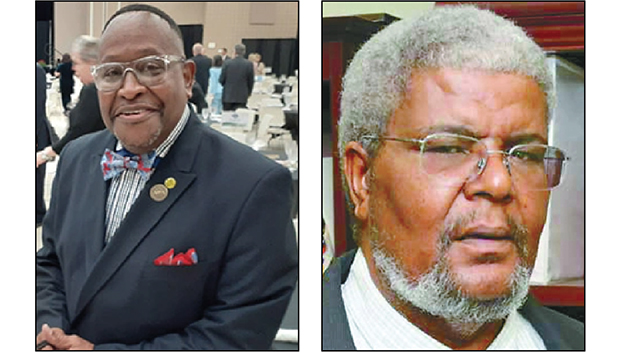 With less than five weeks before the runoff election for Port Arthur mayor, incumbent Thurman Bartie and challenger Floyd Batiste are working on strategies and reaching as many voters as possible.

With all voting centers reporting results at approximately 9 p.m. Saturday, Bartie had 47.28 percent of the vote with Batiste holding 26.44 percent.

Bartie on Monday said he will be meeting with his team after Wednesday to work on next moves.

“What we want to do is just basically what I did in the past month and a half, and maybe add some new components that I haven’t totally been able to finalize,” he said. “I’m just going to continue to do what I can to appeal to the citizens to allow me to continue the progress.

“Again, it’s going to be their choice. I hope and pray that I’m their choice, and we can go ahead and move the city forward.”

Batiste, who served 17 years as the CEO for the Port Arthur Economic Development Corporation before resigning last year, said he spent Monday analyzing data from the election.

“My plan is to maintain what I’ve been doing,” he said. “I’ve got to get more people to know who I am and what I’ve done for this community. I’ve always been a back office guy that works for the results I wanted, and I got those results. Now if they don’t look at the newspaper, they know of me but they don’t know me.”

Batiste said he would focus largely on getting in front of as many voters as possible in the next few weeks.

Bartie, who won his first election as mayor in 2019, is no stranger to runoffs — facing one when he was elected justice of the peace and mayor.

Batiste pointed out that in the two previous mayoral runoffs, the candidate with the most votes on election night did not win the subsequent vote.

In 2019, incumbent Derrick Freeman finished the general election with 35 percent of the vote, with Bartie holding 24 percent. Bartie won the runoff.

In 2016, Freeman and Harold Doucet faced a runoff after Freeman took 34 percent of the vote and Doucet took 37 percent. Freeman was elected mayor.

“I look at those numbers and they tell me a story,” Batiste said. “It’s a brand new game right now. This is a different election; everyone starts at 0. The name of the game is getting people back out to the polls.”

Bartie said runoffs are part of the process, but also something to which he pays attention.

“You know what you’ve got to do but be cognizant of what got you in the runoff,” he said. “And hopefully (I) will come out the victor on June 11. That’s what I’m praying for, hoping for, and trusting God for.”