Memorial’s baseball season came to an end this past week, but senior Emmanuel Garcia was able to make his impact on the program.

Head Coach Ahmad Smith frequently referred to Garcia as one of his best players and said the senior provided invaluable leadership for the young team. 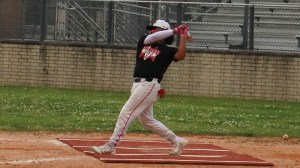 Garcia previously told Port Arthur Newsmedia his biggest achievement of the season was being able to play with his younger brother, who was a freshman on the varsity squad.

The Titans missed the playoffs, but Smith hopes experience and leadership the seniors provided carries over to the summer and into next season.