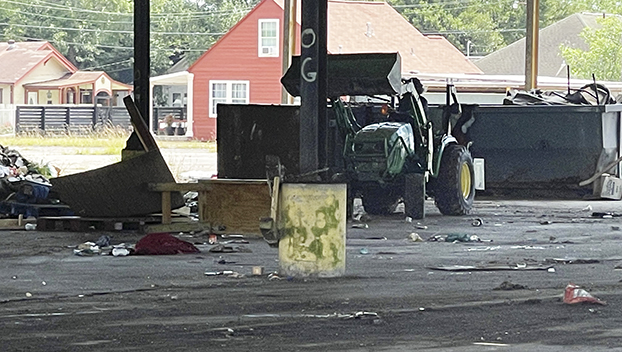 The once-active site at 950 9th Avenue said to have “more than 20-30 people living in tents on the property” in an April 11 report from the Port Arthur Police Department was empty at noon Friday as workers bulldozed shelters made of cardboard while several others observed. 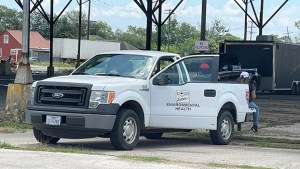 Mayor Thurman Bartie said no residents were vacated from the property as none were present when the work began.

During an April news conference, Bartie said action to evacuate and clear the property had been authorized by the 60th Judicial District Court due to consistent code violations and trespass warnings.

The April 11 police report obtained by Port Arthur Newsmedia through an open records request says the owner of the property called regarding an unwanted subject on the site and wanted police assistance so “he does not harm anyone or get harmed.”

The report says the property owner was then advised by the dispatcher of the number of residents on the land, and referred him to the constable’s office in regards to the eviction process.

The covered lot has been frequented by those experiencing homelessness since Howard’s Discount Super Store closed in 1994.

Bartie said Friday the work was being done by a private contractor, and the site will be sanitized once it’s clear.

The initial announcement to vacate the area also included plans to erect a fence around the property. Bartie said that date will be determined through a city council resolution.