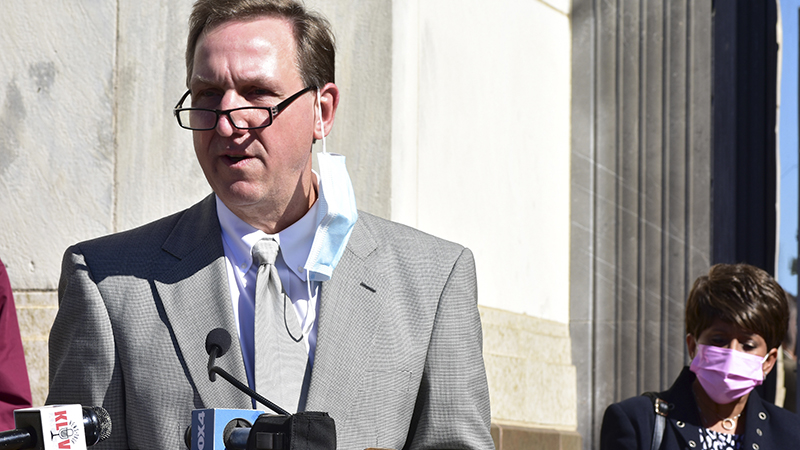 This past Earth Day 2022 offered a fitting time to reflect on positive trends in the nation’s environmental focus that will improve our region’s ecological resiliency, quality of life and outdoor industry.

In short, from Washington to Austin and amongst millions of Americans there is rising awareness about the importance of healthy coastal and riverine ecosystems.

When viewed through the lens of history we know that the creation of Yellowstone National Park in 1872 by President Ulysses S. Grant, the large scale protection of forests and wildlife refuges under Theodore Roosevelt in the early 1900s and the adoption of Aldo Leopold’s visionary wildlife management insights in the 1930s were essential to conserving and restoring the nation’s unique wildlife and natural heritage.

A 1933 act by the Texas Legislature led to the establishment of the Angelina, Davy Crockett, Sabine and Sam Houston National Forests in East Texas as well as five National Grasslands along the Red River and the upper Texas Panhandle

Without those leadership actions and state and federal cooperation with strong citizen support we would inhabit a much diminished present and future.

Following the Great Depression and World War II, a renewed burst of environmental action occurred during the Kennedy, Johnson and Nixon presidencies that established laws like the Wilderness Act, Clean Air Act, and Clean Water Act.

In Texas that era saw the creation of Padre Island National Seashore and the Big Thicket National Preserve that includes much of the Neches River watershed.

Response to the nation’s two worst oil spills in 1989 with the Exxon Valdez and in 2010 with Deepwater Horizon included unprecedented environmental fine settlements allowing for coastal ecosystem restoration on a grand scale to create healthier migratory bird and shorebird populations, expanded sea turtle nesting and revived coastal wetlands like Jefferson County’s that is the largest in Texas and a critical nursery and feeding area for 95% of the marine species in the Gulf of Mexico.

In Jefferson County, coastal funding has the $200 million milestone in sight thanks to Governor Greg Abbott’s direction to the Texas Commission for Environmental Quality to prioritize landscape scale projects using Deepwater Horizon funding.

The Texas Parks and Wildlife Department along with the National Fish and Wildlife Foundation have invested in siphons under the Gulf Intracoastal Waterway creating north to south freshwater inflows to bolster the Salt Bayou Watershed.

All of these actions have the enthusiastic support of the U.S. Army Corps of Engineers and the Gulf Ecosystem Restore Council that includes the five Gulf of Mexico states and the U.S. Departments of Agriculture, Commerce, Homeland Security, Interior and the EPA.

Three new bills in Congress can add to this momentum.

It would be wonderful for Southeast Texas’ coastal and drainage improvement projects if all three bills passed.

In addition to state and national actions, there is impressive momentum by local conservation groups and the visitors bureaus and chambers of commerce in Beaumont and Port Arthur.

The recent improvements announced for Cattail Marsh and the promotion of flood control goals for the Neches River and Pine Island Bayou in the Big Thicket show great promise.

A brand new coastal restoration project to restore eroded areas on North Pleasure Island is uniting the City of Port Arthur, the Port of Port Arthur and the barge industry with the Texas General Land Office to help create conditions that support nature based tourism as well as preventing destructive Sabine Lake wave action along the city’s and port’s mainland coast.

In closing, Jefferson County Commissioners Court is grateful for the strong support of local leaders, citizens and businesses that are helping to maximize coastal and shoreline conservation outcomes on this Earth Day.

Jeff R. Branick is Jefferson County Judge. He can be reached at jbranick@co.jefferson.tx.us.