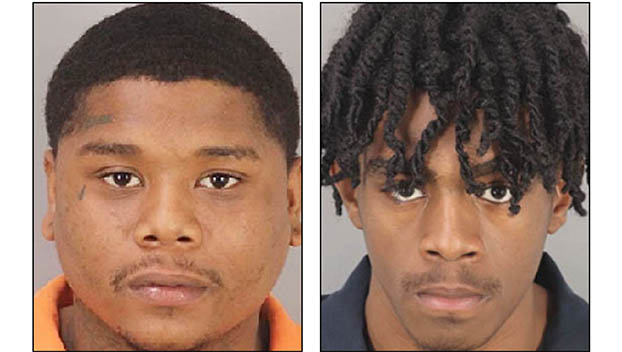 GROVES — Police in Groves do not expect any more arrests in the April 14 shooting death of Alfonso Solomon at McDonald’s.

On Friday, Groves detectives, along with Jefferson County Warrant Division, were able to locate a second suspect, Darryl Prevost, in Baytown.

City Marshal Norman Reynolds Jr. said the man was at an apartment in Baytown and was arrested without incident.

The 19-year-old Port Arthur resident was taken into custody and transported to the Jefferson County Correctional Facility.

Police previously announced the arrest of 20-year-old Darionte Everfield, of Port Arthur, saying he was located April 22 in Harris County at a relative’s apartment.

Reynolds said the cases have not been submitted to the District Attorney’s office yet and the investigation is ongoing as investigators process evidence.

Reynolds gave thanks to other law enforcement agencies that aided in the investigation, including the Port Arthur Police Department, which provided their crime scene unit and assisted with a barrier between officers working the scene and other individuals.

“I’m pleased with the way everyone worked together,” he said.

Reynolds said police believe the victim and suspects knew each other.

The suspects’ vehicle was parked when Solomon arrived. He left his vehicle and was talking to the driver of a Dodge Journey when he was shot.