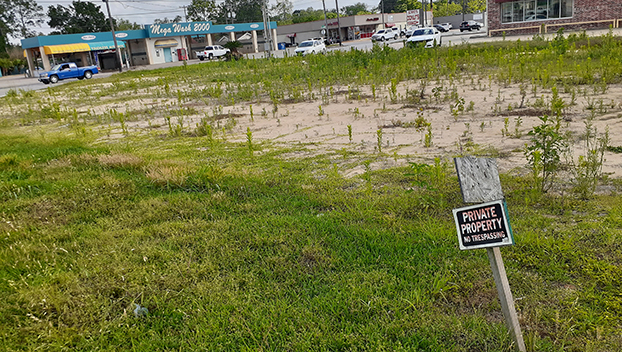 The view toward Nederland Avenue shows the location of where Checkers will be built. Ownership in looking to open in August or September of 2022. (Stephen Hemelt/The News)

NEDERLAND — A finished and open Checkers restaurant has a planned launch — the end of a pursuit that is literally decades in the making.

Franchisee Scott Sebastien told Port Arthur Newsmedia he has been eyeing Nederland and Mid County for 20 years, looking for the right opportunity.

“I just love the concept and food products,” he said. “We opened our first store in 1992 in Lake Charles. Some good friends of mine bought about half of the Checkers company when there were only two stores, and they are the ones who got me involved.

“It’s been good. I enjoy the business. We’re always looking for good markets and we feel Nederland has the potential to be a good market.”

Checkers is building at the Nederland Avenue site of the old Villa Motel with a planned opening in the August-to-September range.

Sebastien acknowledged some issues with the construction supply chain while adding he actually hoped to get started sooner but was held up in closing on the land by a couple of issues.

“We are trying to get ahead of some of these supply issues,” he said. “We’re receiving a lot of our stuff ahead of time. We feel pretty good we will be able to get in ahead or close to that timeframe.”

The city is going to maintain a 20-feet utility easement in the rear of the property. 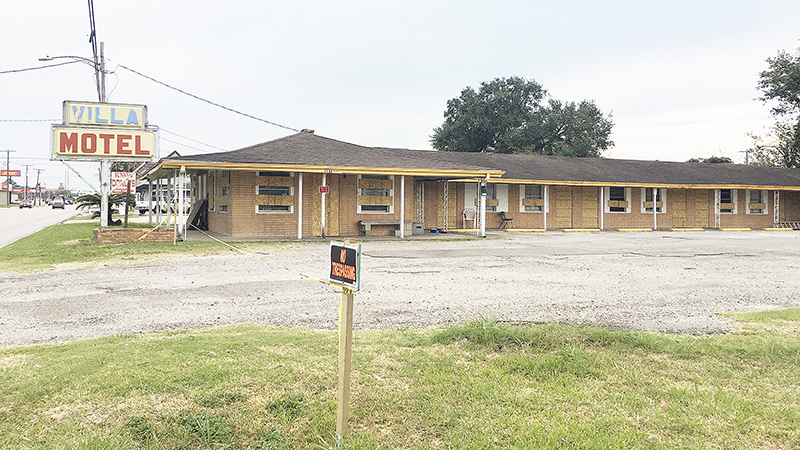 A boarded up and blocked off Villa Motel is seen in 2020 before it was demolished to make way for a new restaurant. (Stephen Hemelt/The News file photo)

The Nederland EDC purchased the motel building and land it sits on for $300,000 in 2020 from ZBC Realty Specialists Trust and received city council-approval to spend an additional $31,858 with Salenga Construction for demolition.

Another $12,875 was approved for asbestos abatement via Inland Environmental.

The Nederland EDC then sold the land to Checkerboard Restaurants III for $400,000 this year.

The location is approximately 14,000 square feet and is zoned commercial.

Sebastien likes the location because there is not a whole lot of competition around the property and plenty of drive-by traffic on Twin City Highway and Nederland Avenue.

Once settled into a routine, the restaurant will employ approximately 30 staff members.

“A lot more than that (are needed) to get started,” Sebastien said. “Checkers generally opens with really big sales right up front.”

“When we get real close, there will be personnel out there with a table and stuff,” he said, adding the management team would probably also go through the city or economic development office to see what hiring opportunities they could provide.

The Nederland location will be Sebastien’s sixth that he is currently operating. The Opelousas, Louisiana, native said he has owned nine locations in all before selling a few. 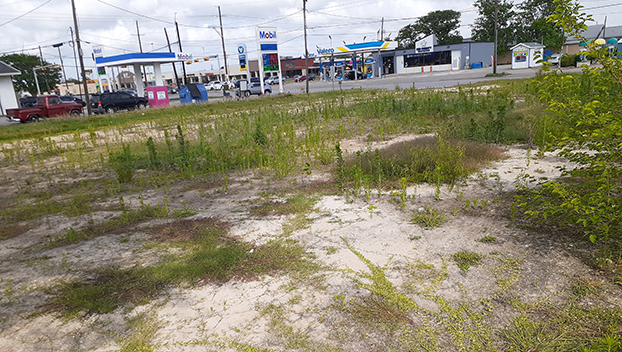 The location is approximately 14,000 square feet and is zoned commercial. (Stephen Hemelt/The News)