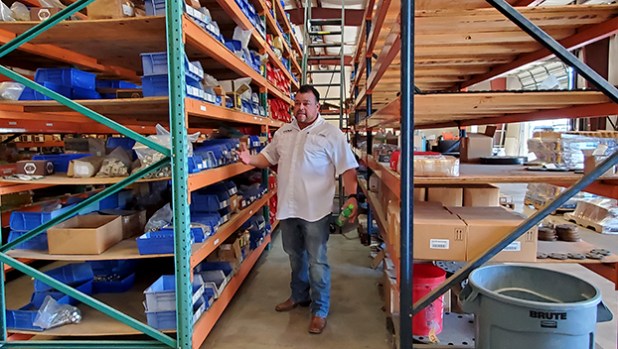 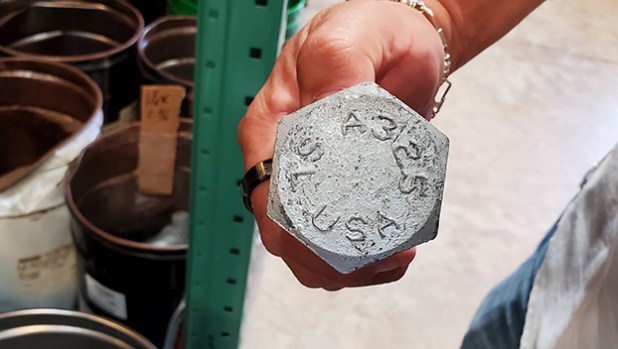 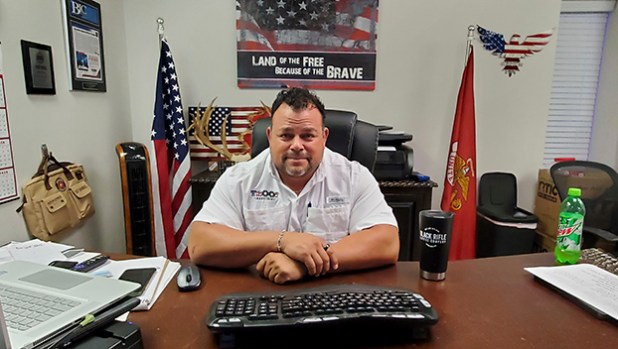 Brian Swindell is the owner of Troop Industrial in Groves. There is also a location in Pasadena, and plans are underway to buy property to rebuild and relocate a third location. (Mary Meaux/The News) 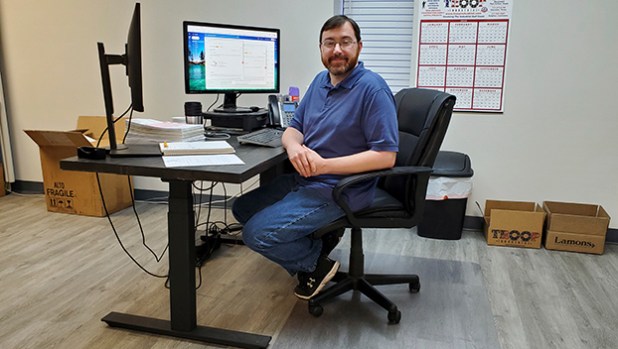 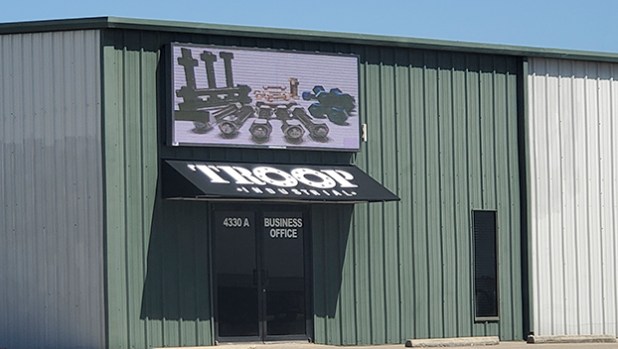 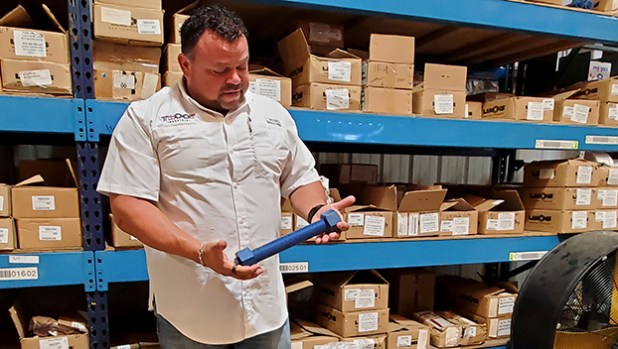 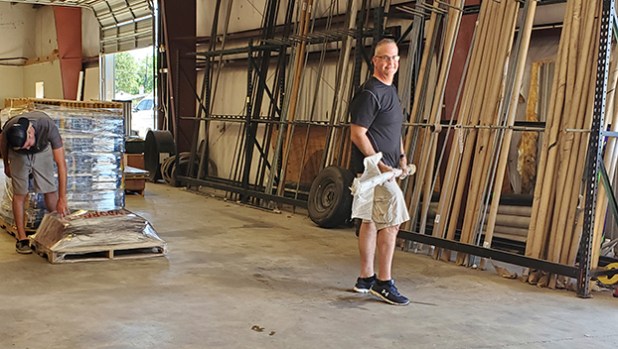 GROVES — Brian Swindell walked through his warehouse at Troop Industrial this week noting the American-made bolts and other products while pausing to say “Army” or “Marines” as he passed employees.

The reason for the recognition is Swindell, a U.S. Marine combat veteran, has an all-veteran warehouse staff.

Swindell’s military training and discipline may have had a hand in keeping him on task as he created his growing business from the ground up.

It started out as a part-time venture in 1999 that went full time in July 2005, working from a 14-by-20 portable building at the back of a driveway. It is now exponentially larger with offices in Groves and Pasadena and plans to rebuild a location in Louisiana.

Troop Industrial is an industrial fastener business, where some of the clients are undertaking multi-billion dollar projects, which include a liquefied natural gas project in nearby Louisiana, ethylene EPC project in Louisiana and in Corpus Christi, multiple skid/module jobs and more.

Swindell walked to a five-gallon bucket and picked up a large bolt, turning it to show “USA” imprinted on the head and explained the products he sells are on approved compliance lists for industrial customers.

He explained the importance of using the proper bolts in an industrial setting by likening a refinery pipe rack to a human skeleton in serving as a structural form.

“We had a deal not too long ago, a job in Corpus. Pipe racks were being fabricated overseas and shipped on barges. Some of them were from China. They came in with Chinese bolts and they break,” Swindell said. “From here, we rushed pallets and pallets of structural bolts, which is what these are, to that job because these are all designed to replace the Chinese bolts.”

A lot of these types of projects happen locally, and the bolts are used in high heat or high pressure environments, he said.

“So that the metallurgy of these products has to be really good quality,” he said.

Swindell’s office at 4330 N. Link Street in Groves shows a slice of his personality. There is an American flag next to a Marine Corps flag, patriotic items on the wall, and deer antlers. A computer to one side and a Black Rifle Coffee Company tumbler flanks him at his desk.

He recalled the early days.

“I poured a driveway to the back of my house and then put a 14-by-20 portable building in the back. That was my warehouse,” he said.

After the portable building came a location on Magnolia in Port Neches. That location is now home to his other business, E5 Logistics, which is a semi-parallel business that provides transportation for shipping and uses logistics software to keep track of materials.

His current facility in Groves is more than 12,000 square feet.

He opened a location in Pasadena in 2012 and one in Sulfur, Louisiana, in 2016. The Sulfur location was destroyed by back-to-back natural disasters. He is now looking for property in Baton Rouge.

But the path to obtaining multiple locations wasn’t easy.

“It was a lot of seven-days-a-week,” he said. “I don’t have a rich uncle or dad that was helping me. Everything was done by me and the bank to loan me the money,” he said.

He didn’t own a forklift in the early days so he and an employee would unload pallets by hand.

Now E5 is managing all of the bolts used for the Golden Pass LNG project.

And being a local and veteran-owned business has been an asset. He applauds Jefferson County Judge Jeff Branick and Branick’s assistant, Fred Jackson, with whom he worked on abatement language for industry.

“They really work hard to do what they can to make sure things are bought local,” he said. “A lot of times, these big jobs come in here, they buy (products) out of Houston. They buy the big stuff and then we get the crumbs,” he said. “That’s been going on as long as I’ve been paying attention.”

Big industry, he said, often believes they need to go to Houston to get better service or because they believe they will get cheaper service.

“You got some of the best contractor, fabricator service providers here in our area, so there’s no reason for them to go to Houston. It’s just because they have a relationship with them already,” he said.

Swindell is proud of his employees — he has a total of 20 when counting all locations. During Wednesday’s visit, he stopped by Patrick Smith’s desk to chat.

Smith, a project manager, was celebrating his 10-year work anniversary that day. He said Troop Industrial is located right in the middle of area industry.

“My dad worked in the refineries the whole time I was growing up. That’s how he put me through college, and that’s been instrumental to life round here,” Smith said of the importance of the heavy industry and Troop.

As project manager, Smith deals with the big industry, checking requirements and specifications for projects. But the job itself is something he loves.

“It keeps me close to my family; my parents are still here,” Smith said. “I like the small business atmosphere more than a corporation. It’s great.”

But it’s not all about the work for Swindell. He’s known to bring his trailer and barbecue pits to benefits or travel to a natural disaster zone to help feed those in need.

After Hurricane Laura, he went to devastated areas twice and cooked for large groups. He recalls being in a church parking lot handing out food and looking down the road where people were lined up. Some, he said, were in line for an hour or two.

He described the feeling as very humbling and being very appreciative that God has given him the ability to do such things for people.

Swindell said he would never take what he has accomplished for granted, as it could have gone a different way.

“It’s a gift and there’s a reason why and I need to make sure I’m giving back. It feels really good when you can,” he said, adding growing up poor has given him a large sense of empathy.