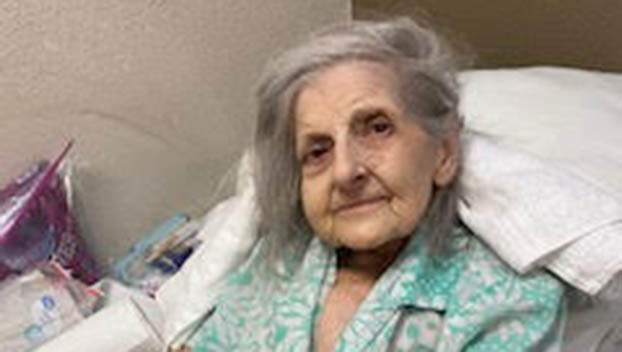 Margaret Elouise Rattray died on April 23 at Oak Grove Nursing Home in Groves, TX., where she had lived during the past year.

Elouise was married to Cecil “Bobby” Vickers Rattray for 69 years and he survives her. She worked at the canning factory at the Texaco Refinery in Port Arthur, sold Avon products, cleaned houses, babysat for many families and welcomed all of the children of the neighborhood into her yard.

She was a member of First Presbyterian Church, which later became Providence Church, all of her married life, and she kept the nursery at the church for many years.

Elouise lived in Port Arthur until Hurricane Harvey flooded their home in 2017.

She enjoyed cleaning, sewing, flower gardening, baking and cooking for family and friends.

She was preceded in death by a son, Ray Rattray, and two brothers, Siebert Bodden and Robert Lee Bodden.  She is succeeded by her daughters, Deborah Cover (husband Jeff) of Jeffersonville, IN., and Sharon Maple (husband Bobby) of Vidor, TX. and five grandsons (Forrest Rattray, Eric Rattray, Cameron Rattray, Nathan Cover and Jeremy Cover), nieces, nephews and cousins.

Visitation will be held at 2 p.m. on Tuesday, May 17 at Levingston Funeral Home in Groves, with a memorial service to follow at 3 p.m. Interment will be at Greenlawn Mausoleum.