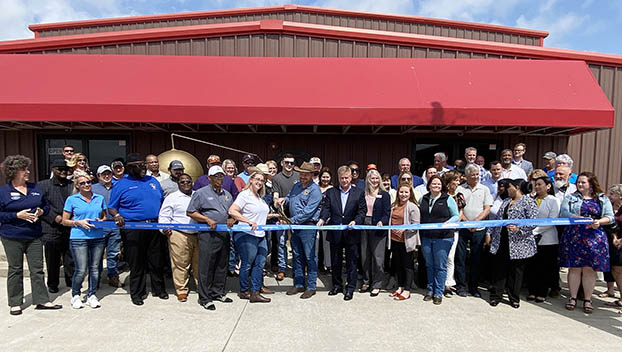 Sean Clifford could have built his distillery in Texas’ Hill Country. He even had the backers supporting him.

The Hill Country is known as one of the fastest-growing wine regions, rolling hills and grasslands, and towns such as New Braunfels, Boerne, San Marcos and Fredericksburg, among others.

These towns see a lot of tourism year-round.

Instead of these areas, Clifford chose to renovate a building in downtown Port Arthur for Clifford Distilling.

The Army veteran, now retired, came to Port Arthur through work and lives on Pleasure Island. His neighbor, Morris Albright, convinced him to stay in the city.

He had always heard the phrase to put your money where your mouth is, meaning to take action.

“That’s what we did in the Army. We went to impoverished areas and built them back to thriving communities,” he said. “Someone asked me what are you doing to give back… nothing (at the time).”

So instead of the Hill Country, he made Port Arthur the beginning of what he hopes to be a successful venture — Clifford Distilling.

That venture officially began with a grand opening April 21, which coincides with the San Jacinto Day and the final battle of the Texas Revolution.

Will this be the catalyst for others to put their businesses along downtown Port Arthur?

Officials and locals hope so.

The Port Arthur Economic Development Corporation provided an incentive to the business for renovation, purchase of equipment and inventory and infrastructure for the project.

Pat Avery, president and CEO of the Greater Port Arthur Chamber of Commerce, said Clifford Distilling is a welcome addition to the revitalization, rebirth and renewed renaissance of Downtown Port Arthur.

“I applaud Mr. and Mrs. Sean Clifford for choosing to stay in Port Arthur to open this century-old Tennessee recipe business, which was been handed down to Sean by his family,” Avery said. “The chamber encourages everyone to visit Clifford Distilling very soon. It is a great venue for your next group gathering. We are ecstatic to have them as a neighbor, and the newest member of the Greater Port Arthur Chamber of Commerce.”