Mom of the Year winners talk RiverFest announcements, ready for this year’s event 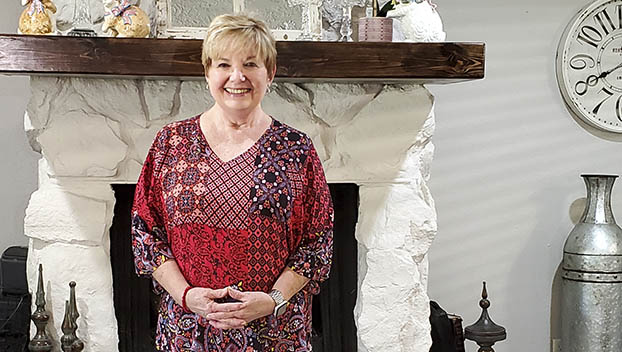 PORT NECHES — Cathy Esquivel remembers how she felt when words penned by her daughter-in-law were read aloud at the pavilion in Port Neches a few years ago.

“It was very heartwarming, very touching and very unexpected,” Esquivel, the 2018 Port Neches Mother of the Year, said. “It was a total surprise. I can’t even explain what it felt like.”

The woman’s family lured her to the pavilion, where Port Neches RiverFest was underway. That Sunday in May 2018 she went to the designated area and soon was hearing a letter read aloud telling of how she organized a luncheon for widows and widowers and of her licensed day care.

“While some people ride out their later years focusing on the rest they deserve, Cathy has not stopped listening (and acting) to the call God has placed in her life,” the letter read. “She lets nothing get in the way of attending to those around her and filling needs where she finds them… she is a mother to many and a light wherever she’s called.”

The 2022 Port Neches Mother of the Year will be announced at 1:30 p.m. May 1 at the Acadian Ambulance Pavilion during RiverFest. 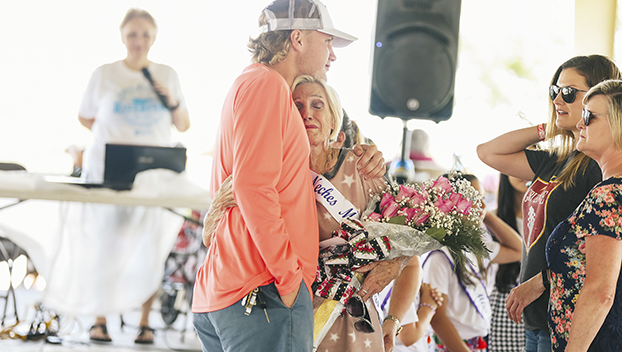 The 2021 Port Neches Mother of the Year Mae Terro gets a hug from grandson Jesse Bartley during the ceremony last year. (Courtesy of Leo Weeks Photographers)

The women who’ve earned the title Mother of the Year all have something in common.

“They all have a servant’s heart and they always are highly involved in the community, not just their family but other families’ kids and grandkids,” Debbie Plaia, executive director of the Port Neches Chamber of Commerce, said. “We’ve been very fortunate to have some of the best Mothers of the Year.”

The title was bestowed on Mae Terro in 2021.

Terro had been though a rough year emotionally prior to being named Mother of the Year with the loss of her husband and son-in-law.

She was guided toward the pavilion, saw some of the Pet Show and the pageant royalty then heard Plaia mention her name.

She described this week what it’s like to hear what she means to others.

“It’s a complete shock,” Terro said. “I don’t look at myself as somebody great. To me, I do things for other people because it makes me feel good and I like to see the joy in somebody else’s face. To know so many people were happy for me is really touching.”

“It’s kind of like you found the pot of gold at the end of the rainbow,” she said.

Some of the past Port Neches Mother of the Year are: