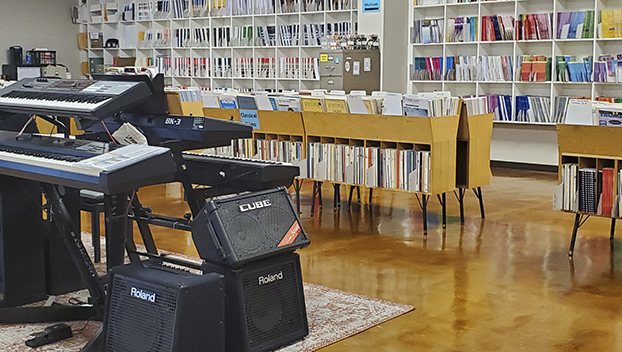 Sometimes in the course of my work I get to stroll down memory lane.

This happened last week when I spoke with Kurt Killion at the new location of Swicegood Music in Nederland.

I was a band nerd. I wasn’t a virtuoso but I wasn’t terrible either. I was an average band student.

I started out in band in the fourth grade, meaning at about 10 years old. My mom liked the alto saxophone and had record albums of a guy named Boots Randolph, hence the reason for the sax.

My hands were actually too small to go around the three palm keys, and I tried holding the horn with my fingers under the keys. It was weird.

My parents bought my sax brand new from Swicegood, and back then (around 1975) it cost $500. And with most woodwind instruments, you need to buy accessories, such as reeds. That meant a trip to Swicegood — and there were plenty of trips and reeds through the years.

I recently learned the business started in Beaumont and had also had a location at 710 9th Avenue in Port Arthur. Later they were in Jefferson City Shopping Center on Twin City Highway, though I swear they had a location on 9th Avenue between 29th and 30th Street but have no proof.

They later moved to College Street in Beaumont and stayed there for years before the recent move to Nederland.

Back to me and band.

I stayed in band through elementary school at Tyrrell, then to Edison Junior High, then to Thomas Jefferson High School, where Herb Germer was the band director. I made it to symphonic band (top band) and was in jazz band for a short while, but they met before school. I was a teenager and liked my sleep.

By my senior year along comes Kurt Killion. He was fresh out of college and TJ was his first assignment as assistant band director. The teenage chip on my shoulder was firmly planted and growing, and here was a “new” band director. Germer was still there (he stayed there until the high schools consolidated, so two of my three children who were in band actually studied under him).

I smarted off a few times to Killion in my senior year and am so utterly embarrassed I apologized to him last week when visiting with him for a story on Swicegood.

I never got sent home or to the office or any major punishment. I made a wisecrack that I was OK with our ensemble making a 2; heck I was just glad we didn’t make the lowest rating of 3. Killion wanted us to earn the top rating of 1.

He chuckled at my apology, and soon we were talking about students who were in band with me that he still keeps in touch with.

I heard names I hadn’t heard in decades and was soon thinking back to the work and fun of being a band kid.

And I learned that Mr. Killion plays in a band called Eazy.