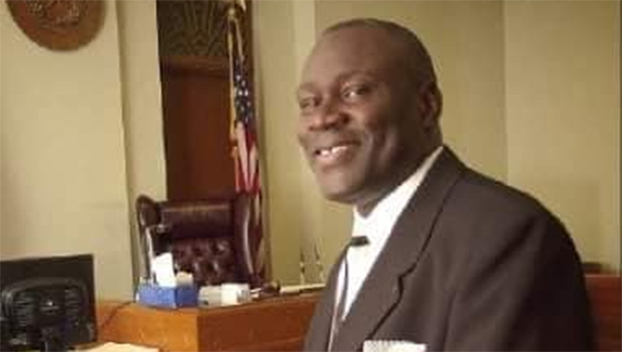 Justice of the Peace Tom Gillam III remembers being called to a homicide at an apartment complex earlier this year and thinking, “enough is enough.”

He was tired of the senseless deaths and brought his concerns to the ears of several pastors to form a plan. The idea was to pull together pastors and community leaders, bridging them across ethnic barriers and racial lines.

The first meeting was held a little more than a month ago in Gillam’s courtroom. He said there was representation from the Hispanic community, white community, African American, Vietnamese and Asian communities as well as elected officials.

A community forum to address the violence in the city is scheduled for 6 p.m. April 30 at Rock Island Baptist Church, 549 W. 11th St.

“We are asking the entire community to come out, regardless of religious affiliation or political belief, regardless of who likes who,” Gillam said. “We want to do something to stop the crimes and the senseless killings.”

The hope is to introduce new programs and reintroduce old programs such as Project Life Changers, which deals strictly with young men who have mentors.

“I have seen enough,” he said. “I have cried too many tears and I have gone to too many funerals.”

Port Arthur has seen seven homicides this year, so far though two are being investigated as accidental.

There have also been other acts of violence, including a shooting of two middle school students.

Gillam offered thanks to the men working with him, including the Rev. Troy Hopkins, the Rev. Kevin Domingo, the Rev. Jack Chatman, the Rev. Darrel Anderson, the Rev. Kalan Gardner and Eric Jones, among others. Gilliam is also a pastor.

Gardner said the group wants to be part of the solution. He spoke of Project Life Changers, saying it is a three-phase program that helps young men who appear in a courtroom. Once successfully completed, the person’s record is expunged and he will have a fresh start and be able to go back to school.

“The motto is think before you do it,” Gardner said, adding decisions have consequences and accountability.

The reintroduction of the program was delayed due to COVID, but Gardner looks forward to seeing it implemented.

Joseph Guillory, currently a Port Arthur Independent School Board trustee and winner of the Pct. 2 Justice of the Peace Democratic Primary, joined the group of organizers and is an advocate of the Life Changer Program.

Gardner said the solution to the violence has to be a community effort.

Gillam believes that this battle will be won with God’s help.