The Port Neches-Groves softball team is in position to lock up a playoff spot, but the team has higher aspirations.

At the beginning of the season, several players told Port Arthur Newsmedia they wanted to get out of the first round. As the regular season comes to a close, PNG is in a battle for third place, winning five out of their last six games. Pitching is a big reason for the team’s upward trajectory. 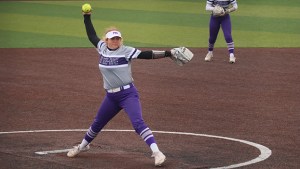 Several colleges lining up for Kenneth Lofton Jr. as…