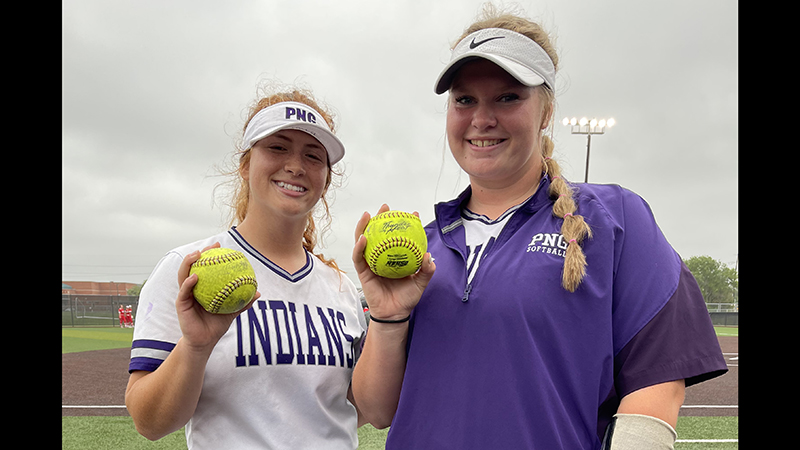 Head Coach Taylor Harvill said the entire team stepped up its game while giving a nod to the pitching staff.

Emily Vines and Brylie Dartez have a combined 51 strikeouts during the five-game span.

“Our pitchers had 37 Ks in the past three games,” Harvill said. “They have definitely done their job in the circle. They have attacked hitters with early counts to set up success.”

Harvill said the two pitchers compliment each other.

“They throw similar pitches,” Harvill said. “As far as speed goes, they throw different in certain situations. It doesn’t matter who starts or goes in for relief, that combination throws hitters off. Emily throws harder and has some spin. Dartez throws a little softer and has a lot of spin.”

Vines said the two pitchers root for each other’s success.

“I think it works really, really well together, especially against harder teams like (Barbers Hill) and Crosby,” Vines said. 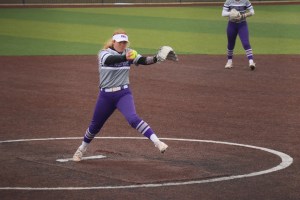 Harvill said having pitchers who throw the same speed can be a disadvantage.

“Hitters can get used to speed and not be thrown off when you change pitchers,” she said.

Vines said having more spin on the ball allows Dartez to get more movement on her pitches.

“It doesn’t have to be the fastest pitch in the world,” she said. “If it is moving, it makes it harder for those hitters to make contact.” 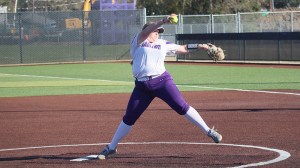 Vines said her best pitches are the screw and curve balls, but neither are her favorite to throw.

“I like the change-up,” she said. “When it is on, it is harder for them to hit and makes them look funny when they try and swing at it and miss completely.”

“I pay a lot of attention to her pitches,” Vines said of her teammate. “I try to predict where the ball is going to go. I like to pay attention to what she calls and I just like watching my teammates.”

Harvil said the hitting and pitching are coming along. The defense has done well, too.

“We only had one error in the past five games,” she said. “Our hitting has gotten better because we are scoring runners that are in position. All the way around, we made some big adjustments and are doing things we should’ve been doing all along.”

Vines said the players must do the little things right as they battle for the third seed with rival Nederland. The two teams split wins on the season. If the two teams end with the same record, they will play a game to determine who gets the third and fourth seeds.