Second booster shot available locally, but there are stipulations 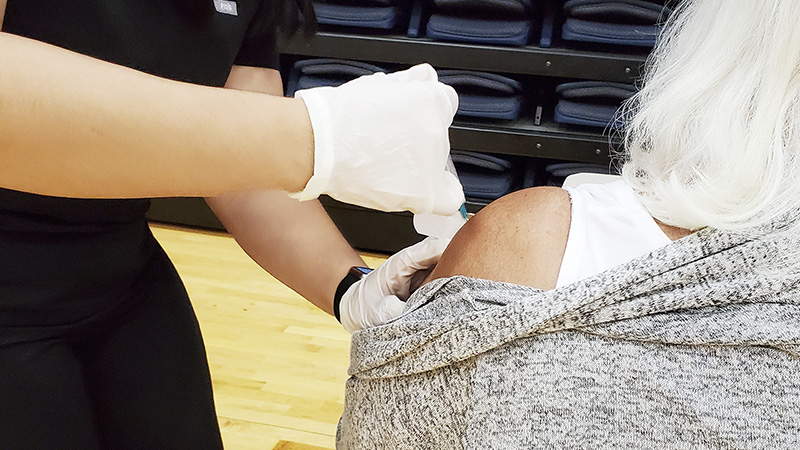 Those 50 and older are eligible to receive a second COVID-19 booster shot from the Port Arthur Health Department.

The center, which serves Port Arthur and all of Mid County, made the announcement last week. However, there has been some confusion over who qualifies, Director Judith Smith said.

As directed by the Food and Drug Administration and the Centers for Disease Control, second boosters are available to anyone over 50 without any health requirements. Those 12-49 must be severely immunocompromised as defined by the two agencies, or have a physician’s directive. Children under 12 are not eligible for any booster shots.

Clinical studies are underway on vaccines for children 6 months to 5, but Smith said it’s the 5-12 group that the department is putting a primary focus on.

“We haven’t had a great turnout with that age group, and they’re the ones that really need it because they’re in school,” she said.

Last week, officials with the Port Arthur Independent School District announced the removal of a campus mask mandate but still encouraged use among those that wished to continue.

“We still do not know who has received complete vaccination and who has weakened immune systems,” Superintendent Mark Porterie said in a written statement. “Our children and some employees remain vulnerable; we want to protect as many of our district family members as possible.”

All schools would remain closed to parents and visitors through the end of the school year with a reassessment planned prior to the 2022-23 school year.

Among the older population, those now eligible for the second booster have been enthusiastic about receiving it, Smith said.

“It was a little slow at the vaccine clinic before (it was announced), but once that came out, it really picked up,” she said.

Numbers from the local health department have averaged between 10-15 new cases each week among Port Arthur, Nederland, Groves and Port Neches combined. Some weeks have seen one-digit numbers.

This comes as the World Health Organization said Monday it’s tracking two new sub-variants of omicron, one of which is considered more contagious than the first but not anymore likely to cause severe illness.

According to the Texas Department of Health and Human Services, 53.26 percent of Jefferson County residents 5 and older are fully vaccinated.