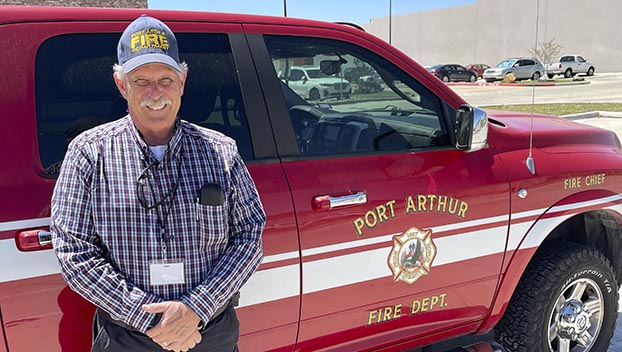 Greg Benson came to Port Arthur with a list of goals.

Even during his June 2, 2021, panel interview, the former fire chief in Victorville, California, had a multitude of ideas for improving any emergency service, and asked a great number of questions about Port Arthur, in particular to better tailor those thoughts.

So it was not surprising when he was chosen to replace longtime chief Larry Richard.

But the true test was not just moving to a new environment, but achieving goals in the middle of a worldwide pandemic.

“Chief Benson came in with a lot of enthusiasm and a broad spectrum of knowledge, and that certainly helps with the growth of the fire department,” City Manager Ron Burton said. “His presence has been a wonder to help us grow and continue to grow in the future.”

Looking back over the last nine months, Benson said it’s been important to assess where the department and its employees are, so they can create a path that goes well into the future. 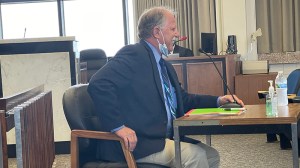 An example of putting that into motion would be the December presentation to City Council detailing the relocation of two fire stations.

Both stations have only one engine and three personnel. They each have a boat, but no vehicle that can tow it. And neither have a diesel exhaust system.

In addition, Benson said, none of the stations have diesel exhaust systems to clear the apparatus bay when starting a fire engine.

The plan is to move Station No. 2 to Thomas Boulevard and Houston Avenue, and move Station No. 3 to Ray Street and 61st Street. Both moves were planned to improve response time to the communities they serve. But the new stations will also include upgrades that move them into the future, such as community rooms and areas where Acadian Ambulance Services can operate.

“I want to make sure the crews have the appropriate apparatus, equipment and training to serve the community at the level they need to serve,” Benson said. 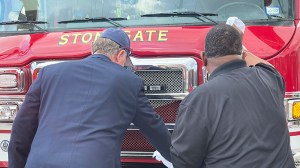 One area of importance stressed during his interview was communication. And that, too, has been proven through community events such as badge pinning ceremonies that celebrate the work of the department’s employees and provide insight into several emergency situations in which the firefighters and EMTs saved lives inside the city.

“Getting the department more exposure in the community is something I’m glad we’ve been able to work on,” Benson said. “There’s still a lot more to go, but we’ve started to get more into the community. People now know what the fire department actually does.”

A plan to not only further involve the department with the community but also strengthen the future of the department is through the Fire Explorer Program. Benson has been in talks with area school districts to launch the program in Southeast Texas high schools and give interested students a chance to explore a career in the fire department.

“The long term is to make sure there’s a succession plan in place so that the department can continue to move forward,” the chief said. “Looking at the department, probably within the next five years there could be a significant change. And that’s happening nationwide.”

Benson uses the Texas Fire Chiefs Association Best Practices Model when looking at implementing change in the department. Two of the most important areas of that model, he added, is ensuring the department has everything it needs to serve the community, and that the employees have everything they need to obtain their professional goals.

And in some ways, Port Arthur has helped Benson as much as he’s helped it.

The chief has taken a love for the water that surrounds the city, often walking Pleasure Island or Sea Rim State Park, and visiting the neighboring parks.

“There’s nice recreational activities,” he said of his new home. “And some of the community events I’ve been honored to be invited to have been really good. There are a lot of good community activities here.”