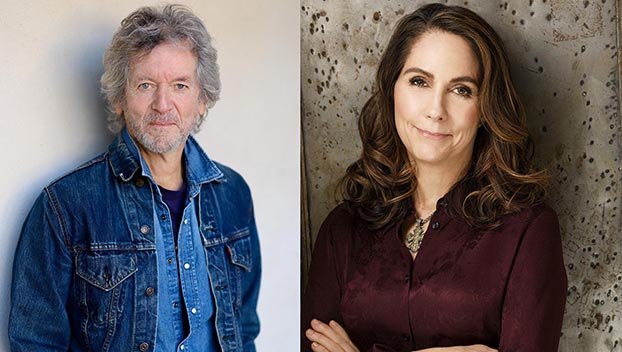 In true gala fashion, the 19th annual Gulf Coast Gala brings Rodney Crowell to town for a live concert, while also featuring the induction of Crowell and his professional cohort, Mary Karr of Port Neches, into the Museum of the Gulf Coast.

April 30 kicks off with the 3 p.m. induction of Crowell and Karr at the Museum, located at 700 Procter Street in Port Arthur. The primary event that evening, The Gulf Coast Gala, culminates with a concert featuring multi-award-winning country music icon Crowell at the Carl Parker Center, 1800 Lakeshore Drive.

The black-tie event starts with a 6 p.m. cash bar and a 7 p.m. seated dinner with the concert taking place after the meal. The deadline for reservations is April 15.

Aside from being a renown performer in his own right, Crowell is a remarkable songwriter, penning hits for such legends as Waylon Jennings, The Oak Ridge Boys, Jerry Reed, Bob Seger, Crystal Gayle, Alan Jackson, Keith Urban, Lee Ann Womack, Johnny Cash and Willie Nelson.

He has received six awards from the Americana Music Honors & Awards, including two Song of the Year, Album of the Year, two Best Duo/Group and Lifetime Achievement Award in Songwriting. He also earned the Top New Male Vocalist award from the Academy of Country Music in 1988 and The Poet’s Award in 2019.

Among eight Grammy nominations, he has won twice for Best Country Song in 1990 and Best Americana Album in 2014. He was inducted into the Nashville Songwriters Hall of Fame in 2003.

Born in Houston, he grew up in the refinery suburbs, playing drums for his father’s band by the time he was 11 years old. In his teen years, he went the way of garage rock bands, interspersing country with the usual rock fare of the day.

When he moved to Nashville in the early 70s, he got a job as a songwriter after being discovered by country legend Jerry Reed. In August 2022, he will celebrate 50 years of innovation and success.

Karr, who was born and spent her early life in Groves, wrote her memoir “The Liars’ Club” in 1995. The brutally honest truth she exposes in “The Liars’ Club” tells of her deeply troubled childhood, most of which was spent in Southeast Texas in the 1960s.

The book exploded onto the literary scene, spending more than a year on the New York Times Bestsellers List and was named one of the year’s best books. She has followed “The Liars’ Club” with two more memoirs, “Cherry” in 2000 and “Lit: A Memoir” in 2009.

She has won awards for her poetry and essays, making her one of the most successful authors over the past 25 years.

So taken with Karr’s talents and the raw truth he read in “The Liars’ Club,” Crowell contacted Karr asking her to join him in a songwriting project. Although initially reluctant, Karr acquiesced, and the result was the album “Kin.” The collaborative songwriting effort brought together singers such as Emmylou Harris, Kris Kristofferson, Lucinda Williams, Vince Gill and Norah Jones.

The Gala, in its 19th year of existence, hit a bump last year, as did the rest of the world, due to the coronavirus pandemic. Crowell performed in a virtual concert but Gala officials felt Southeast Texas deserved the opportunity to experience Crowell’s artistry in person.

Proceeds from the Gala benefit The Port Arthur Higher Education Foundation and the Museum of the Gulf Coast and their many programs that enhance career potential, broaden intellectual horizons and enrich the quality of life.