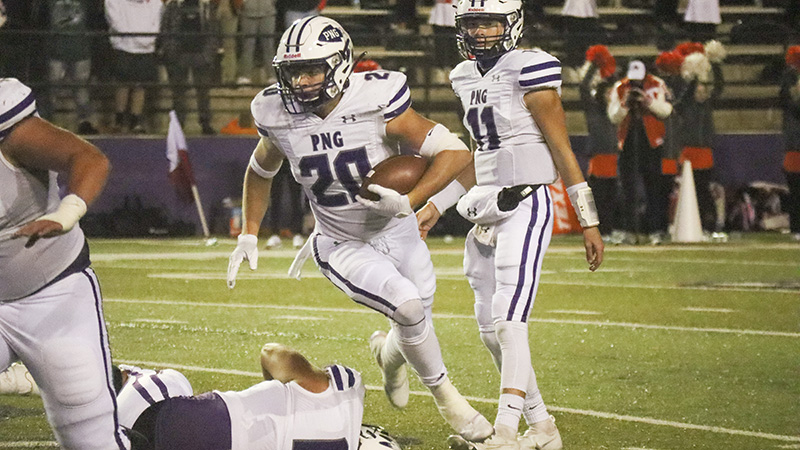 PORT NECHES — Port Neches-Groves running back Koby Trahan was named one of the four offensive finalists for the Willie Ray Smith Award this week.

The senior running back was a key factor in the team’s deep playoff run.

Trahan finished the season with 271 carries for 1,766 yards and 22 touchdowns. He also chipped in four catches for 27 yards.

The running back broke the 50-year single game rushing record held by Jeff Bergeron set in 1971. Trahan racked up 365 yards on the ground to go along with three touchdowns in a 56-40 win over Kingwood Park. The previous record was 347 rushing yards.

“It is a real honor to be named a finalist,” Trahan said. “Seeing some NFL players and a bunch of other great people up there, it would be great to be named the winner.”

Jacob Sanford, who coached Trahan this past season, said the team got down early and wasn’t really aware of the historic pace Trahan was on until after the game.

“(Kingwood) jumped out on us to begin with,” Sanford said. “All I was thinking about was getting back in the game. Our line did a great job. Koby had huge gaps to run through and was biting off 20 and 30 yards at a time for a while. I didn’t realize until after the game what a great game he had.” 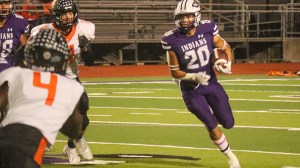 Sanford said the senior is also a good teammate.

“He is a team-first kid,” Sanford said. “For the offense, he was a homerun waiting to happen. He was so explosive and so fast. He hits a gap before anyone fills it and he has a chance to go 99 (yards) like he did against Barbers Hill.”

Trahan said he will most remember playing with his friends.

“I will also remember seeing all of the fans cheering and supporting,” he said. “The Barbers Hill and Kingwood games stick out the most… My 99-yarder and 365-yard game are games I will cherish forever.”

Sanford said Trahan always had a great energy at practice.

“He led by example and was a vocal leader,” he said. “He knew when he could joke around and knew when he had to buckle down as well and take on that leadership role. He knew when to take things seriously whether it was on the field or in the meeting room or anything like that. He is a hell of an athlete and a better young man.”

Trahan also had an impressive showing against Barbers Hill, when he ran for 235 yards in a 49-35 win for PNG.

Trahan was named to the all-district team and led the district in rushing yards.

On the defensive side of the ball, Silsbee’s Jayron Williams, HF’s Darrius Byrd, Newton’s Leighton Foster and LCM’s Amier Washington were named finalists.

The winners for both categories will be announced at a banquet May 2.