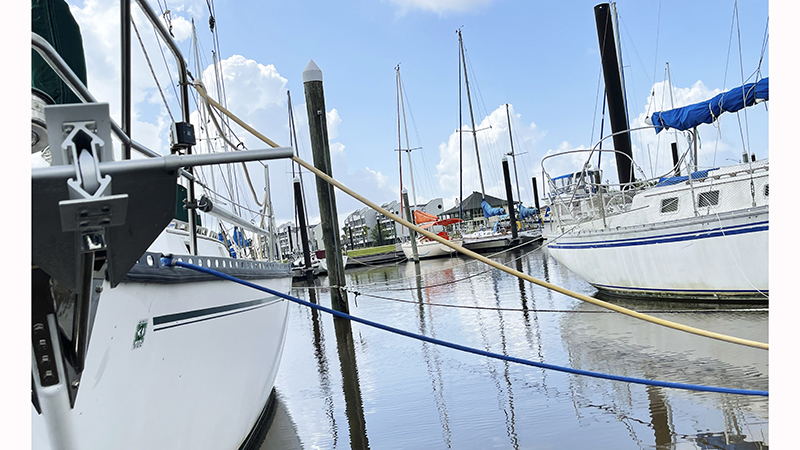 Port Arthur voters will soon weigh in on the sale of 35.24 acres of land on Pleasure Island recently sought out by several investors.

During a public hearing Tuesday, City Attorney Valecia Tizeno said the land is deemed a public park, which would require voter approval to sell.

While no specific development has been slated for the land, Pleasure Island Director Davis said Tuesday’s hearing clears the way for possibility.

“Having recently become the director here, it’s something I wanted to act on — getting development,” Davis said.

The land is located in between Lakefront Park and Logan Park, the latter of which drew several questions by council members, as there is a stipulation on the land in the event of a sale.

“I really am supportive of development on the island, but at the same time I want to make sure we are legal,” Councilman Thomas Kinlaw said.

Tizeno said when the park was gifted to the city in the 1950s, it was done with the agreement the land always be used for entertainment purposes, even if sold.

“The area in which we’re talking about is not the area we use for Logan Park,” she said.

It’s one of the first in many steps Davis planned to improve the island.

While appointed to oversee it in August, Davis was splitting time with the Port Arthur Economic Development Corporation. Beginning Oct. 1, he served as interim CEO following the resignation of Floyd Batiste. In late January, Jessica Carpenter was selected to take the position permanently, and began work one month later.

Now with clear focus, Davis is working to increase activity in all parts of the island.

And it’s improvement that has been publicly commented on, as island enthusiast Ronnie Moon approached council members last week on the topic.

Davis thanked his crew for their dedication.

“Whenever you cross this bridge, the first thing you see is all the open land,” he said. “My staff — I credit them — we sat down and discussed a grass-cutting schedule. We joke about having it looking like Disneyland. You’ll never catch Disneyland not manicured.”

Moon, who spends a majority of his time on the island picking up trash and talking with fishermen, remarked on road conditions as one area of concern.

Davis, who coordinates often with Moon, said street improvement is underway with more to come.

The area from the Martin Luther King Jr. Bridge to Lakefront Road has been patched, and other streets are on the city’s $60 million capital improvement plan.

“I want the city to be patient with me and just know that, being a Port Arthuran, I’ve always heard that Pleasure Island is a diamond in the rough,” Davis said. “I want that to become a reality for all of the citizens in the community so that people can get back out here.”

Other initiatives include working with the yacht club with various events, and repairing the disc golf course.

“Something as simple as cutting the grass, you start seeing more families out here having picnics and people walking dogs,” Davis said. “I didn’t see that much when I first came out here. We’re just trying to get activity back on the island. That’ll put a smile on everybody’s face.”