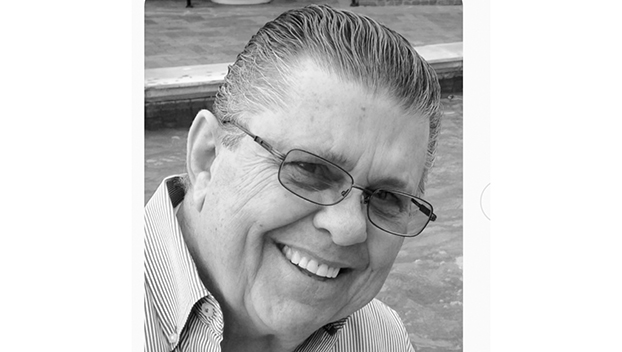 Adoring son of Lorine and Tuffy…

Loyal brother of Ronny and ardent admirer of Molly…

Caring uncle of Kellianne and George…

True and faithful friend to scores and more friends, young and old.

All of us who loved the guy will gather for a memorial tribute at First Baptist Church of Nederland on Saturday, April 9.

Pastor Jason Burden will officiate at the 11 a.m. service.

Harlan and Marianne were stricken with covid in mid-January. She recovered, but Harlan was unable to fight off pneumonia and passed away at Methodist Hospital Clear Lake while the family kept vigil.

They were 1961 graduates of Nederland High School and began a 59-year marriage in ’63.

A native of Nederland and two-way player for the Bulldogs, Harlan remained a fan through the years and was in the stands last year when Nederland recaptured the Bum Phillips trophy.

Harlan worked for a short while at DuPont’s Beaumont plant before earning a business degree at Lamar University.

He then hit his stride as an industrial safety equipment salesman, covering the Gulf Coast for a half-century, and later becoming an entrepreneur before retiring.

He was also a guest instructor at the annual Texas A&M fire school since the ‘70s and was due to receive his 50-year service award this year.

He had a high-energy work ethic, integrity and a genuine interest in the welfare of his customers. It was a combination of traits that produced a thriving career.

The Nelsons lived in Nederland through Stan and Monte’s kid league days and moved to Spanish Fort, Alabama in time to ride out Hurricane Frederic.

They have made their home in Seabrook since 1982.

Harlan and Marianne made many trips to Nederland to care for Lorine, the family’s 98-year-old matriarch who became homebound after two falls and subsequent surgeries early in 2021. Mrs. Nelson is now in assisted living in Deer Park.

In recent years, mellowed by age and heart bypass surgery, Harlan became increasingly sensitive to news –whether it was good or bad.

And so, the Nelsons now left behind can take comfort in the assurance found in Revelations 4, for Harlan and all their departed loved ones.

“He will wipe away every tear from their eyes, and death shall be no more, neither shall there be mourning nor crying nor pain anymore, for the former things have passed away.”

In lieu of flowers, donations may be made to. First Baptist of Nederland.