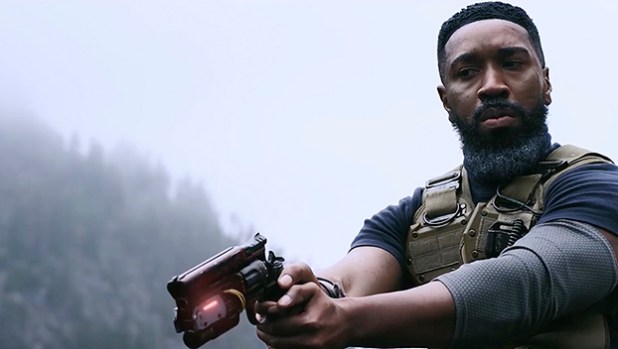 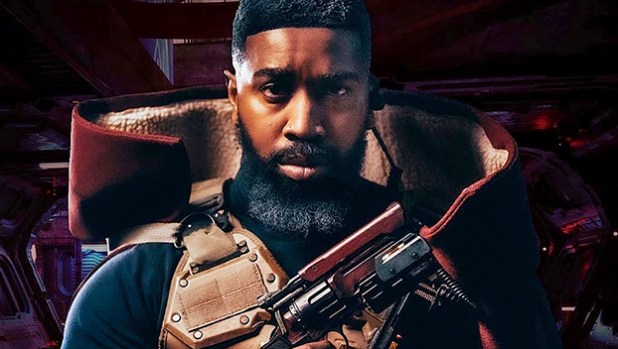 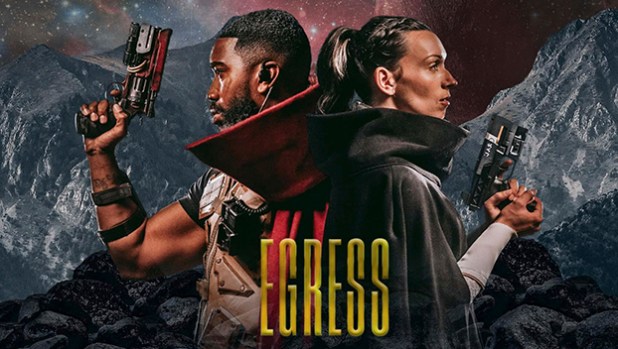 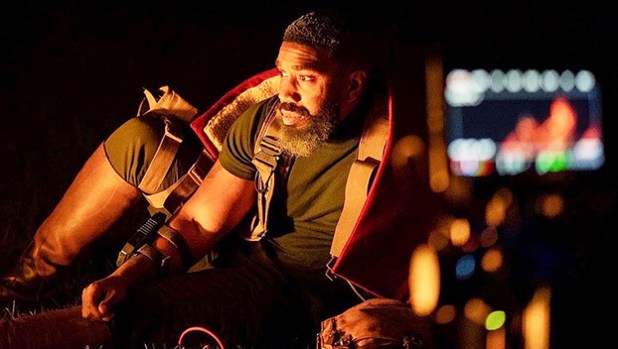 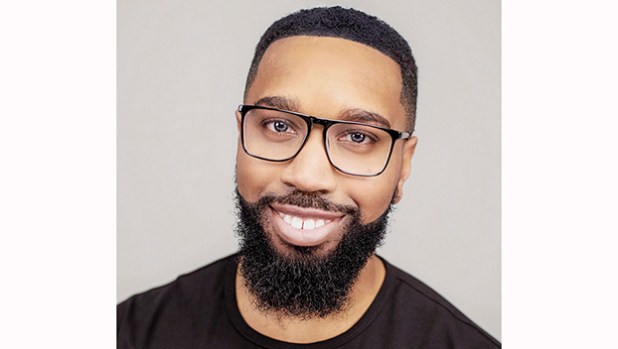 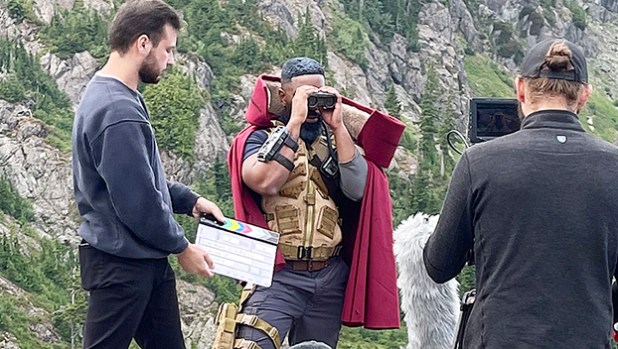 Justin P. Slaughter takes a break from filming a scene in the mountains on the set of “Egress.” Those scenes were filmed in Bellingham and Deming, Washington. (Photo courtesy of IAJ Media)

Justin P. Slaughter grew up in Port Arthur, but certainly seems comfortable in the mountains based on his latest film venture.

The 2008 Memorial High School graduate is staring in “Egress,” a sci-fi adventure film from IAJ Media.

Production officials are hosting a Red Carpet Movie Night Premier in Bellingham, Washington, April 13 at the Pickford Film Center. Slaughter said the film will be coming to streaming services soon after.

The young actor’s spark for acting and filmmaking began when he was contacted by Catrett & Associates Casting to work as a stand-in for Kenneth Israel in “Godzilla: King of the Monsters.” He was then contacted by Central Casting to do crew work on “Avengers: Endgame.”

The film sets up Enji Corp, which is rooted in totalitarianism and determined to bend people and ecosystems to its order. In the name of “Unified Freedom,” Enji troops ruthlessly wipe out populations and life throughout the solar system.

A security officer and former soldier who barely survived one of the bloodiest battles uncovers the government’s distorted plans. Facing a mysterious illness, she is determined to stop them at all costs.

Using a stolen military bio-weapon, she threatens to halt the hostile takeovers and save one of the last remaining worlds.

Enji Corp has posted an extravagant reward for her capture. An interstellar bounty hunter, played by Slaughter, tracks her down to a quarantined forest moon.

The mission carries a heavy price as the two share a deep history.

“Being that this is my first big starring role in a film, the most exciting thing is not only did I get weapons training but I also had fight choreography training,” Slaughter said. “I had to learn Hung Ga Kung Fu, Russian Sambo and Krav Maga. Filming on top of a mountain was truly the best experience I ever had, being that I’m from an area doesn’t have mountains around.”

According to Slaughter, the director gave him the freedom with the character and a lot of material to work with “to bring Adam Huxley to life.”