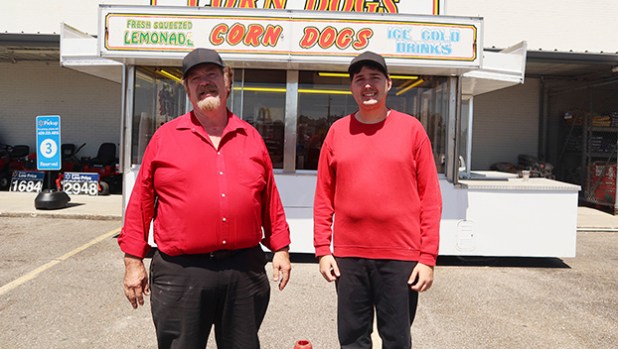 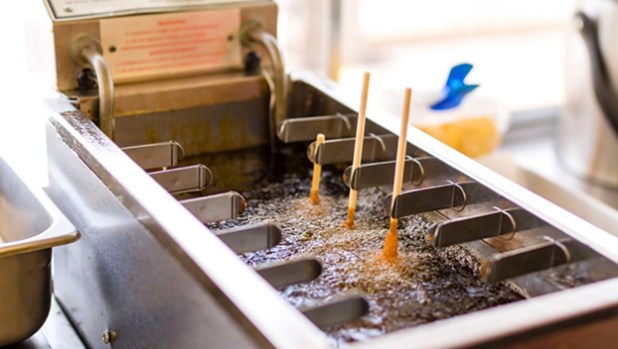 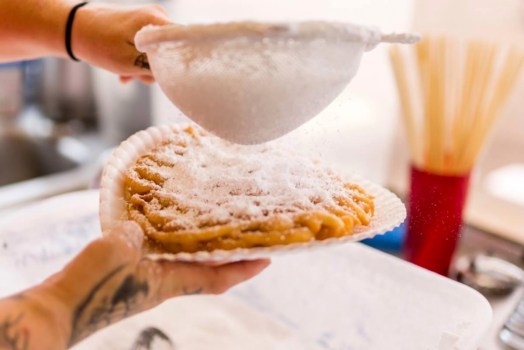 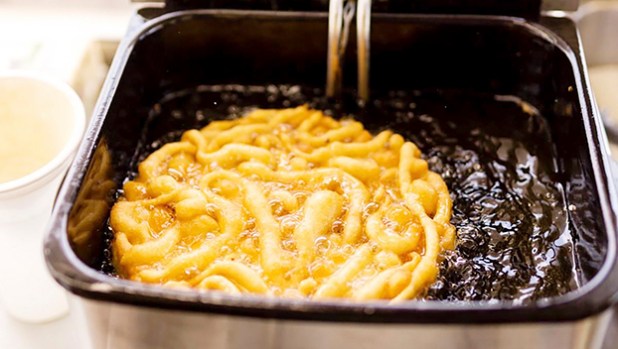 The stand offers funnel cakes along with several other items. (Courtesy photo) 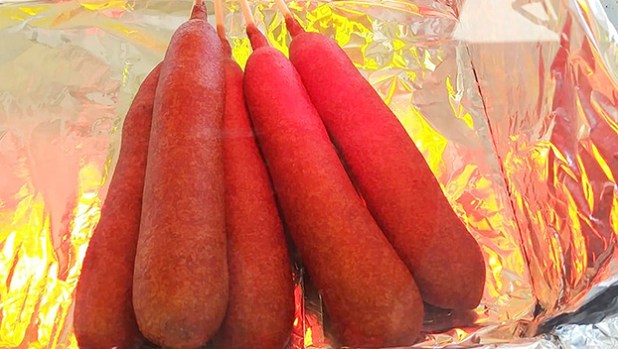 John Rowlett’s family has owned the corndog stand in front of Bridge City Walmart for more than 40 years. (Courtesy photo)

BRIDGE CITY — For more than 40 years, a corndog stand in front of one of the few remaining classically styled Walmarts has been a culinary attraction in Bridge City.

John Rowlett has owned the stand for 30 years after buying it from his parents. Like the city itself, the menu has grown over the years, but the owner said his interactions with the customers are the real treat.

“When you go back that that far, there were other corndog stands in front of other Walmarts,” he said. “In between time, other Walmarts started putting in super centers. I don’t know that we are the only one yet, but we are one of the few.”

Rowlett said his family started in the fair business but looked to find a way to standout among a then over-saturated market.

“It was extremely hard to get in anywhere,” he said. “Someone mentioned opening one in front of Walmart to my parents, and it worked.”

Over the years, the corndog stand has grown a consistent customer base.

“If you can’t get along with your customers, then what are you doing,” he said. “I have wonderful customers. My philosophy is to treat customers the way I would want them to treat me. They have treated me well. I am still here in business, so I must be doing something right.”

When the stand originally opened, the menu was limited to corndogs and cold drinks.

“The nachos, fries, cheese sticks and funnel cake has all come in,” he said. “We didn’t carry a funnel cake until 2005. We have tried a few things along the way that didn’t make it. We had deep-fried apple pie. They tasted good. We just couldn’t sell enough of them. Frito Pie is a winter item for us, and we will be taking it off very soon. As it warms up, people stop buying them.”

Rowlett said he breathes a sign of relief every time Walmart gets an upgrade because it is a sign of security.

“There was lots of talk a number of years ago about closing this one and building a super center,” he said. “Eventually, they decided not to. There is always that concern.”

During his stay, McDonald’s, Taco Bell and KFC have opened in the parking lot, but Rowlett does not fear the competition. But it is something he is aware of.

“As you see the town change and grow, you wonder if someone will put something in that will put me out of business or close the store,” he said.

Rowlett said he plans to run the stand for the next 10 years before retiring.