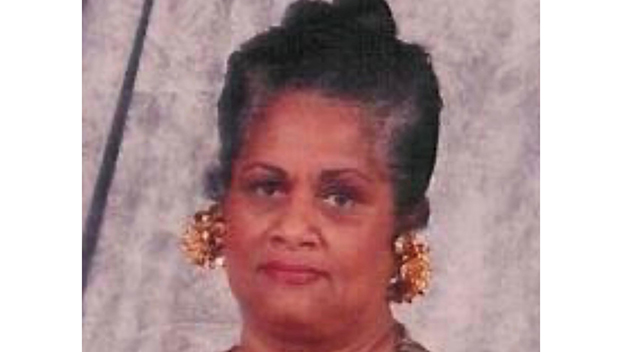 Always the loving daughter, mother, grandmother and great-grandmother, Rose succumbed to illness and transitioned to her eternal heavenly home on March 28, 2022.

Raised in Port Arthur, TX, she was a proud product of the Port Arthur Independent School District until graduating from Lincoln High School in 1958.

Soon thereafter, she married the late Rev. Curry Bruce Goudeaux in 1959 and accompanied him to New Haven Connecticut for his seminary studies at Yale University in 1961.

The constant exemplification of a loving mother and wife, Rose and the family would eventually move to Beaumont, TX where she’d support her husband in his ministry as the First Lady of St. John Baptist Church in 1968.

During this time, she gave birth to a third son, Tarique Jibril Rashaud (f/k/a Derrick Neil Goudeaux) in the same year.

Rose and her family would finally move and make Port Arthur, TX home in 1971 where she served as First Lady of Mount Sinai Baptist Church.

Rose would be the loving and supportive wife to Rev. Goudeaux until he preceded her in death on November 25, 1986. After her husband’s death, Rose would remain as the matriarch of a vast family of 3 children, 15 grandchildren and 13 great-grandchildren as well.

However, due to her unselfishness, immense caring and radiant love for uplifting and serving others, she’d come to be known as Momma Rose – the quasi surrogate mother, grandmother and caregiver to many of her son’s closest friends and acquaintances.

In her spare time, her adeptness at horticulture, crafts, ceramics, and homemaking allowed her to create tokens of love which would illuminate the lives of her extensive number of children and grandchildren, while also finding time to serve as Election Judge during multiple City Government elections.

Those who were blessed to spend any amount of time in her presence, immediately knew that Rose was a devoted wife, exemplary mother, and totally selfless friend.

Undoubtedly, more than anything else, she cherished each and every moment she spent with her encompassing and doting brood of grandchildren.

Of all things which will be missed, it’s her beautifully infectious smile, kindness and unselfishness which will prove to be a void which can never be filled.

Though Rose has gone on to a higher calling, her seeds of love, service, and sacrifice will forever germinate, blossom and grow within her family for generations to come.