PHOTO GALLERY — Preview new exhibit “Woman, the Spirit of the Universe” at Museum of the Gulf Coast 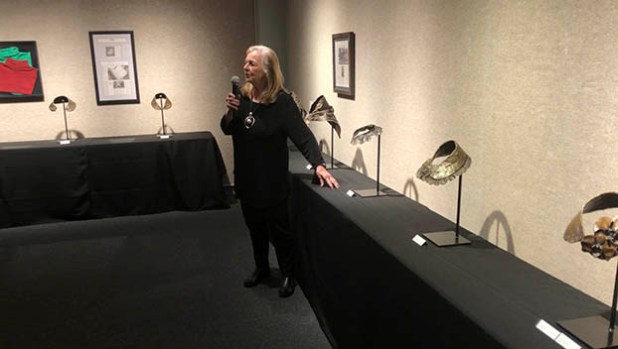 Artist Carolyn Marks Johnson discusses her exhibit “Woman, the Spirit of the Universe” at the Museum of the Gulf Coast. The exhibit honors 21 women throughout history who made a difference in the struggle for women’s rights. (Courtesy photo) 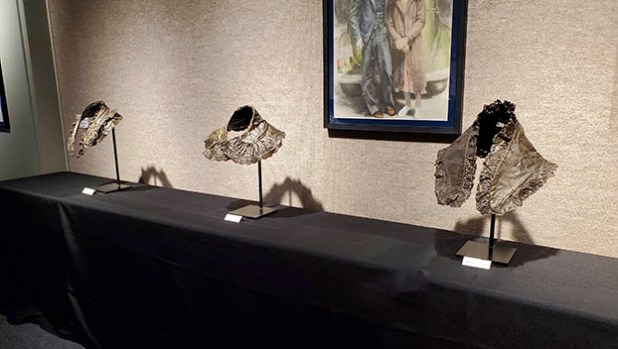 Several of the collars on display at the Museum in the exhibit, which will be open through May 30. (Mary Meaux/The News) 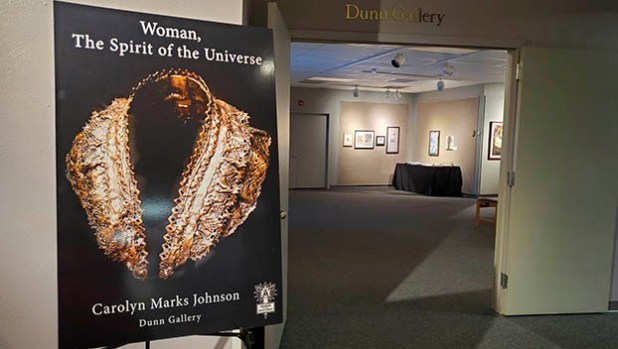 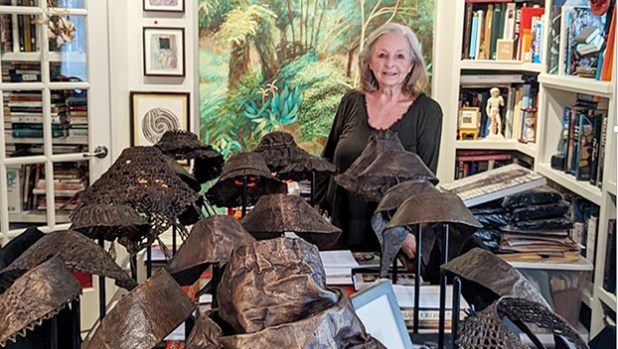 Carolyn Marks Johnson poses during the creation of her "Woman, the Spirit of the Universe" exhibit, which will be displayed for two months at The Museum of the Gulf Coast. (Courtesy photo) 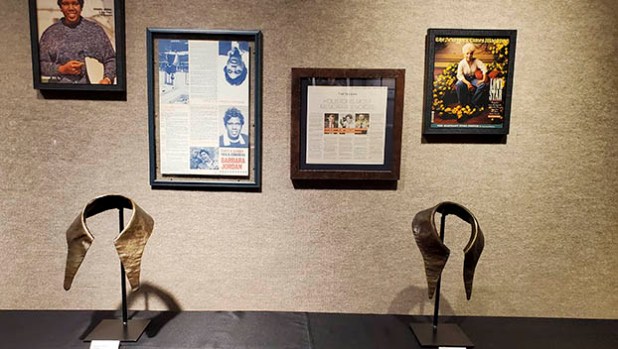 Carolyn Marks Johnson designed and created bronze collars honoring 21 women throughout history who have made a difference in the struggle for women’s rights.

“The collar is my icon for a gender-based social statement to uplift the woman honored with a symbol of her life,” Johnson said. “Not all such women could be included in this exhibit, but the representatives here take in many others. You will notice that both Margaret Brent and Abigail Adams surrounded themselves with lace. I think both women used lace as a disguise for their very strong personalities and intelligence.

“Collar styles change, and as we move into the 21st century, our strong women wear the same type of collar, which I see frequently on women in the political world.”