Softball teams prepare for second half of district 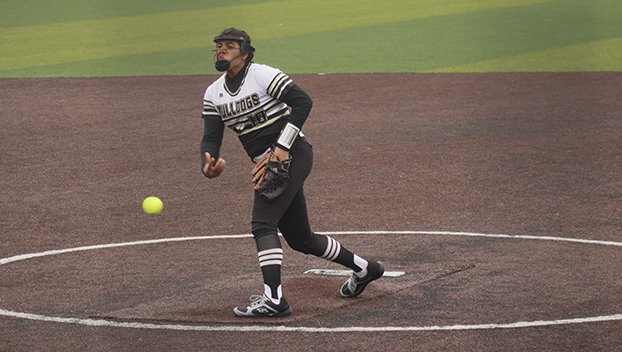 Local softball teams are gearing up for the second half of the district season, which begins Friday.

Nederland and Port Neches-Groves are in a battle for the third seed in the district, while Memorial is trying to change things up.

PNG snapped a three-game losing streak with a 13-3 win over Galena Park last Friday. The team followed up the win with a 15-0 victory over Memorial on Tuesday.

PNG Head Coach Taylor Harvill hopes the recent momentum is a sign of things to come.

“We have run ruled the past two teams,” she said. “Against Barbers Hill, we started competing and playing like ourselves again… The next two games are going to be us preparing to face those teams again for the next round of district. We don’t take any games lightly because every team in our district shouldn’t be taken lightly. Every game is important.”

“Brylie Dartez also did a great job pitching a perfect game for us,” Harvill said.

The Bulldogs sit in the third seed with a highly anticipated rematch between the Mid County rivals set for April 8.

“We have been hitting the ball extremely well and scoring runs,” Nederland Head Coach Will Mallette said. “I think we are having some great at-bats. We just have to clean up the defense. We will go a couple of games and look fantastic and then have some errors.”

The Nederland coach said his team was able to overcome several errors in Tuesday’s 13-9 win over Galena Park.

“Sydney Nelson has been getting it done in the circle,” Mallette said. “Any time she is in the circle, we have a chance to win. Players have just as much confidence in her as I do. Kenslee Harris is our catcher. She has been on fire since tournament play. She is on base two times a game minimum.”

Memorial is in search of its first district win and Head Coach Edolia Anderson hopes some roster changes yields results.

“In our last game, I saw some great promise by some of our players in new positions,” she said. “It is pretty good. They are learning each time. That is what I am most impressed by.”

One of those changes for Anderson was bringing up junior Juanita Arrendondo from JV to varsity.

“She has fight in her,” Anderson said. “She listens to everything we say and does it. She tries. If we correct her, she fixes it. This is her first year ever playing softball. It is very impressive.”

Anderson wants her team to clean up small errors in the second half of district play.

PNG will play Beaumont United on the road Friday, while Memorial will take on Galena Park at home. Both games will start at 6:30 p.m.

Nederland is on a bye and will resume play Tuesday on the road against Galena Park.