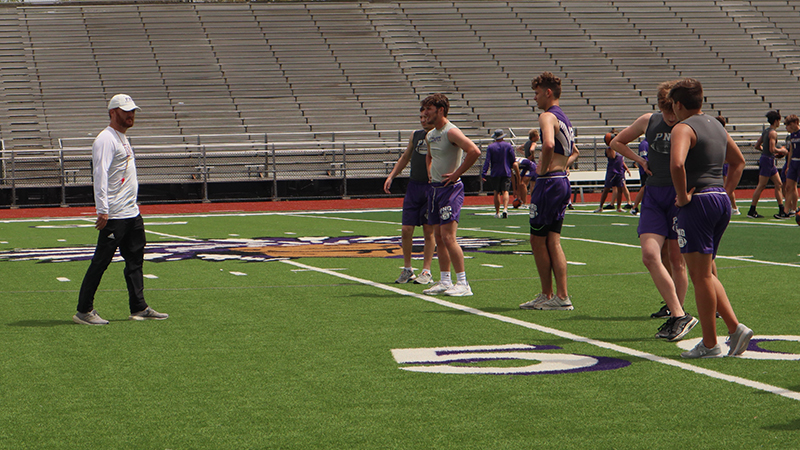 “This is still part of our offseason stuff,” he said. “We finish our offseason in April. When April starts, we are going to do more of our skill-based stuff. On April 21, we will be in helmets for two days. Then, we will put pads on the following Monday, the 25th.”

Joseph said Port Neches-Groves High would have three weeks of spring football. That will include full pads, practice four days a week and a scrimmage on Fridays. 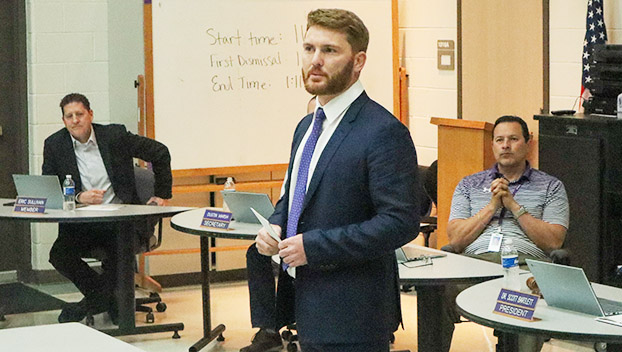 “That is what we hope for, but that is if the weather allows,” he said.

Joseph has enjoyed getting to know the players and community, noting the studenys have been responsive to the changes.

“We made some changes in the weight room,” he said. “We have done some different stuff on the field. We are working to be in shape to finish a football practice in a few weeks here.”

Joseph said recent weeks have allowed him and his staff to better evaluate the student-athletes.

Joseph has had the job for just more than a month, but said he has enjoyed the support.

“It has been hectic,” he said. “There is always stuff going on. It is fast and furious, but the people around this area have been super supportive. The administration has been very supportive and making it a lot easier on me.”