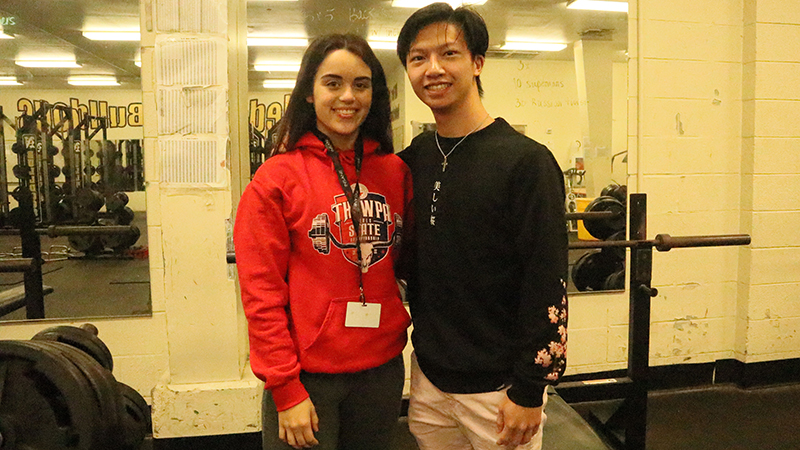 NEDERLAND — Two Nederland power lifters left the state meet with hopes of returning next year and improving their personal records, but after one received second place, she is aiming for state records.

Juniors Taryn Burnett and Tyler Hoang attended the competition with Burnett earning the silver medal for her weight class. Hoang finished 17th in the 5A and 6A combined competition after participating in power lifting for the first time this year.

“I went last year and we didn’t get my last two attempts on squat so I didn’t place,” Burnett said. “We get three attempts and we always open with something that we know we can do. After that, we didn’t have time to do the other ones so it put me at seventh when I was supposed to be fifth.”

Burnett said she went to this year’s competition with her eyes on first place.

“I wanted to win,” she said. “Me and another girl were tied and the girl that was in front of us bombed out. We knew one of us were going to win. I ended up being 15 lbs. short of winning. It was really, really fun. I met some girls that I look forward to seeing again next year.”

Hoang said he was excited to just be at the state competition buandt hopes to improve next year.

While Hoang said he mainly trains during the school year, Burnett said she has made weightlifting into her lifestyle.

“I go to the gym six days a week,” she said. “I take one rest day. I work at a supplement store. I take pre-workout creatine. I am all about it. I am into it and I just want to do better than I did this year.”